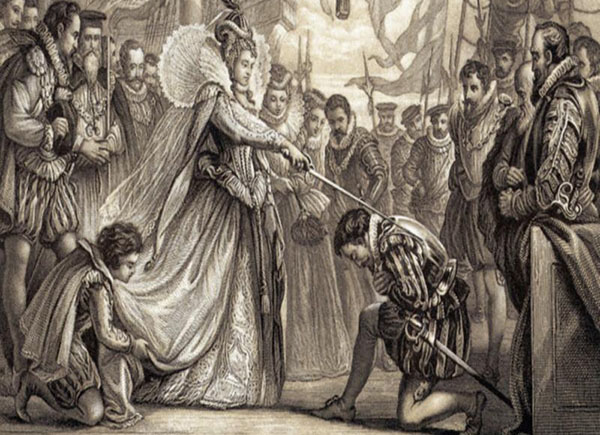 Knighthood went through various changes over the centuries. Courtesy was important for protecting knights from mistreatment and ensuring fairness and justice.

During times of war, it was on the battlefield that the knight sought fame through a demonstration of his prowess. Their love of glory was closely tied to heroic and brave acts during battles and this was considered to increase the knight’s reputation.

Yet there had been no specific outlines of right conduct on the battleground or the correct treatment of opponents and prisoners. Only gradually did the knights begin to respect and apply notions of knightly chivalry to their noble counterparts, which would protect and prevent them from abuse or mistreatment.

The earliest known accounts of knightly courtesy in war occurred in the late eleventh century and early twelfth century. William Rufus, William II of England (1060-1100), for example, was known to refuse to hold noble prisoners in chains; he would often release them on parole instead. This showed that some knights started to have great respect for their equals and believed that they deserved special treatment regardless of the fact that they were opponents on the battlefield.

In another case, when Count Geoffrey of Anjou saw that various noble knights had been kept in dirty and torn clothes and had been in fetters, he was appalled at the sight and ordered his soldiers to free them from their chains, to bathe them, to cut their hair and to give them new clothes so that they can sit with him at the table. It was done under the assumption that knights should always pity their counterparts and no noble knight should be mistreated or kept in miserable conditions.

The Plight and Mistreatment of Noble Prisoners

Although courtesy towards other knights and prisoners was beginning to be practiced during that period, there were still various instances of abuse and savagery where knights were kept in dark prisons and were even mutilated. It is also important to note that courtesy was practiced not so much on the battlefield but became an essential characteristic of the tourney ground, which was a popular form of entertainment and military training during peaceful times.

Chivalric Courtesy in its initial forms was a form of protection and amnesty for nobles who were military and political prisoners. It was added to the gradually expanding code of behavior for noble knights. The romantic and popular notions of courtesy, such as fighting for the honor of the beloved lady, were ideas that became a later addition to knighthood.