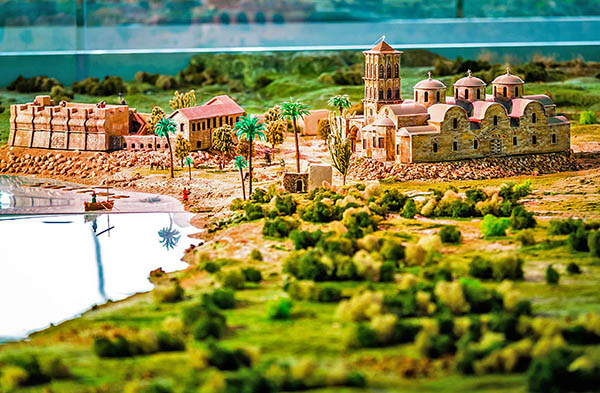 If you look around Limassol and even the entire island of Cyprus, you would be correct in assuming that there is almost no evidence of a royal family; there is no queen or no recent royal presence like in Greece where the monarchy has been deposed.

Cyprus’ history of leadership and rulers of any kind of authority have instead been centred around occupations, colonisations and different civilisations leaving their mark.

Other then resident Goddess Aphrodite, there really has been no significant woman of any presence or power who has left any evidence of existence on the island.

There is however, one exception and together with her legendary famous husband, made Cyprus the focus of impressive royal attention. Queen Berengaria, made history on the island, as she was the only Queen of England crowned outside of England and as well as never having set foot in England as its queen, she married her king in Limassol.

Anyone familiar with Cyprus’ history will already know that the island was vital during the time of the Crusades, especially as a trading post due to its strategic location so close to the Holy Lands. And if there is one royal name which stands out during the Crusades, it has to be Richard the Lion Heart, or Richard the First.

Their story may be less than romantic, but it certainly made history. In April 1191, Richard the Lion Heart was on his way to the Holy Land, embarking on the Third Crusades after he had taxed his country and taken most of their wealth to fight the holy war. (The irony of course is that Richard was French by virtue of his mother, Eleanor of Aquitaine of France and was raised in that country; in fact he could hardly speak a word of English.)

While en route to fight his battles, the weather was rather unsettled, so he decided to stop off at Rhodes, which like most of the islands in the region was under Byzantine rule. Before that though, he had decided that he wanted to get married to Berengaria who herself was of royal blood, as the eldest daughter of Sancha, Queen of Navarre.

Richard had Berengaria brought to him by his mother, whom he had ordered to arrange the marriage. Writers at the time mention that the two had met years previously and that there was an attraction, but the truth is that Richard was already engaged to Princess Alys from France and had been for many years. In the meantime, while Richard was out fighting and getting his armies organised for the Crusades, his own father, King Henry the Second had apparently made Alys his mistress and even fathered her child. Richard was therefore relieved of his contract with Princess Alys on religious grounds and was free to marry Berengaria.

His choice of bride and the speed with which he commanded his mother to arrange everything was probably based on the fact that Berengaria was a rather well-endowed princess, with her lands in Navarre conveniently close to Richard’s inherited land in Aquitaine.

Since Richard was already on his way, Berengaria and her future mother in law set off immediately, stopping off en route to pick up Richard’s sister, Joan who was the widowed Queen of Sicily.

While they were on their way to join Richard in the Holy Land, they encountered bad weather and their ship was steered off course. What happened next, changed Cyprus’ history and led to the anointment of a Queen of England who never set foot in the country.

When their ship came aground, it was off the coast of Cyprus, in Limassol. When she arrived, the ruler, Isaac Comnenus, demanded that Berengaria deboard and when she refused, was denied supplies and assistance from the island’s ruler. Naturally, Richard being the Lion Hearted man that he was, rushed to his fiancé’s aid as he took this refusal as a personal insult and what happened next meant that Cyprus was no longer under Byzantine rule, but eventually became the possession of Guy de Lusignan and then the Venetians. Hence the Venetian walls and moat in Nicosia.

Although he was seen as quite the hero coming to his future wife’s aid, the reality probably was that Comnenus was legally obligated to lend aid to Richard as a crusader and he had broken that oath and a battle ensued. Historians tell us that there were a few Cypriot Roman Catholics and nobles on the island who were opposed to Comnenus and together with Richard’s superior army, defeated Comnenus who surrendered after a few battles. It is has even been claimed that Richard promised him he would not be bound in iron chains; instead he used silver ones.

Eager to get the formalities over with, King Richard I married Berengaria, first born daughter of King Sancho VI of Navarre at the Saint George’s Chapel in Limassol on 12 May 1191. The wedding was attended by Richard’s sister Joan, the Queen of Sicily. Berengaria was officially crowned Queen of England by John Fitzluke, who was the Bishop of Evreaux and on June 5, the entire fleet carrying the King and Queen of England left Cyprus and continued with their journey to Syria.

Richard left his presence on the island though by keeping it occupied; he raised taxes and kept the local people as serfs. One year later, to raise money for his crusades, he sold Cyprus to the Knights Templar who sold it again a year later, because of protests and revolts amongst the local people at their bad treatment, to Guy de Lusignan. Cyprus’ Venetian period had begun.

With regards to King Richard and Queen Berengaria, perhaps after all that urgency and warfare, one would have expected them to live happily ever after. Sadly however, they returned separately from the Crusades. Although they were ordered by the Pope to reconcile, Richard died with Queen Berengaria never having set foot in her new country. She eventually ended up as the benefactress of an abbey at L’Epau in France and her skeleton was thought to be discovered there in 1960 when the abbey was restored.