Basque Country is a small ethnic enclave located in the heart of the Pyrenees Mountains, which divide Spain and France from one another. The size of Rhode Island, the Basque region, while falling technically into Spain, includes four Spanish regions, known as the South Zone, and three French speaking regions known as the North Zone.

The Basque people have had a long and tumultuous history, often trapped between the powerfully warring factions of France and Spain. Today the Basque region is known worldwide for its Orbea bicycles. Living in an area as rock and mountainous as the Pyrenees, with poor auto roads, make a bicycles a necessity. Hence, the development of finely crafted bicycles made expressly for mountainous terrain. Today Orbea bikes are one of the top cyclist bikes, and used throughout the Tour de France, each summer.

There have been humans living in the Basque region since Cro-Magnon days. Some believe that the people of the Basque are decedents of the original inhabitants of Spain and Portugal, the Iberians. People of the Basque spoke a unique language referred to as Euskara, although today less than a quarter of the current population is fluent in it.By the High Middle Ages a new Basque state formed from former Frankish and Muslim holdings. It was called the Kingdom of Pamplone. After territory disputes and reconciliations with neighboring Castile and Aragon, the Basque region became known as Navarre. In 1199, Castile managed to gain control of the western Basque region, leaving Navarre landlocked. By the end of the Middle Ages the Basque region was torn apart by violent wars among the ruling aristocracy.

During the European Renaissance and the Protestant Reformation, Protestantism took firm hold in Navarre, although the Protestants at the time were in grave dangers of the infamous Spanish Inquisition. Renaissance prince, Henry of Navarre was a staunch supporter of the reformation, and led daring raids against Catholic powers. Hoping to gain control of Navarre, and keep it Catholic, Catherine de Medici, the Queen Mother of France, arranged the marriage of Henry of Navarre to her youngest daughter, Marguerite of Valois. Henry was now in direct line for the French throne. When he came to the throne after the death of his brother-in-law, King Henri III, Henry of Navarre converted to Catholicism, claiming, “Paris was well worth a mass.”

Volcanoes Destroy Lanzarote: Devastation and Rebirth on a Spanish Island in the 1730s 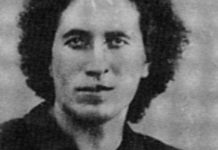