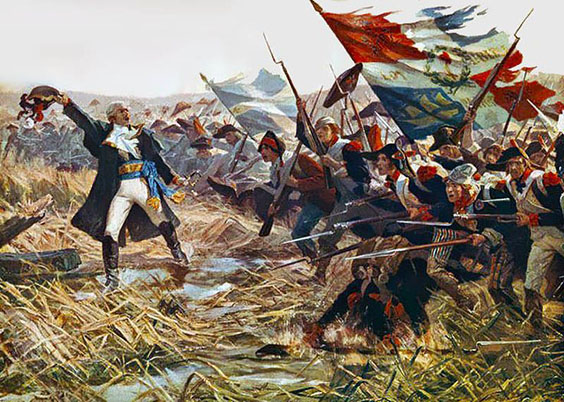 The years after the defeat of Napoleon Bonaparte and the reestablishment of legitimate rulers by the Congress of Vienna were marked by growing demands for political, social, and economic change among some Europeans. Napoleon, who once referred to himself as nothing more than an “upstart soldier” in a letter to Austria’s Prince Metternich, had unleashed powerful forces within the continental empires and kingdoms. Nationalism, frequently fueled by 19th century liberal values, challenged the reimposed power structures founded on strict principles of conservatism.

Revolution and popular unrest broke out throughout Europe following the Congress of Vienna. Their causes were many: ethnic nationalism, reaction to unacceptable political institutions, the desire for independence, resistance to efforts at recolonization (Central and South America), and idealistic motivations.

Unrest in Poland, Hungary, Belgium, and Serbia can also be attributed to nationalistic movements while in Central and South America former Spanish colonies declared their independence.

The reaction of the great European powers was mixed. Britain was chiefly interested in its commercial empire and resisted direct intervention, particularly after the death of Lord Castlereagh. The Decembrist Revolt in Russia required no intervention. In St. Petersburg, the new Tsar, Nicholas I, easily suppressed the small group of elite officers behind the revolutionary plot.

Greece, however, was another matter. Greek independence from the archaic Ottoman Empire was supported by Britain, chiefly for strategic reasons that meshed with global economic policies. Additionally, European intellectuals and Romanticists like the poet Lord Byron idealistically identified Greece with its classical and democratic past.

Poland had struggled to regain independence ever since the final partition of its lands by Prussia, Austria, and Russia. Under Napoleon, the Duchy of Warsaw reappeared briefly, but lost any semblance of self-rule after a series of revolts were crushed by Tsar Nicholas I in 1832.

Student unrest within the thirty-nine states of the German Confederation resulted in harsh restrictions placed on universities by Austria’s Prince Metternich. Metternich’s Carlsbad Decrees dissolved student organizations and imposed censorship not only on written material, but on what was being taught. Many of these students championed a united Germany, a similar goal found among young Italians.

In Russia, Nicholas I, referred to as the “Iron Tsar,” issued restrictions that forbade Russians from attending European universities and strengthening censorship. Not until the end of the Crimean War when Alexander II became Tsar would these restrictions be lifted.

The Haitian Revolt, led by Toussaint L’Ouverture, was one of the first “New World” successful endeavors. Taking place during the time of Napoleon’s reign, its success was clandestinely supported by Britain and ultimately resulted in the Louisiana Territory sale to the United States in 1803.

After the defeat of Napoleon, other Spanish colonies declared independence. Leaders like Simon Bolivar, the so-called “George Washington of South America,” led efforts to end Spanish hegemony. Spain was in no position to challenge these movements.

By the end of the Napoleonic Era, Britain had established lucrative trade agreements with many newly independent countries and in 1823 the United States issued the Monroe Doctrine, blocking Spain – or any European country, from attempting to recolonize the hemisphere.

Revolutionary activity continued in Europe throughout the 19th Century but only achieved modest success. Although Alexander II feed the Russian serfs in 1861, he was assassinated by revolutionaries before he could begin the process of granting Russians a constitution. In England, Parliamentary efforts like the Great Reform Bill addressed political inequities, but much remained to be done. Even in France, where revolutions in 1830 and 1848 began with promise, ruling elites soon turned back the tide of reform.