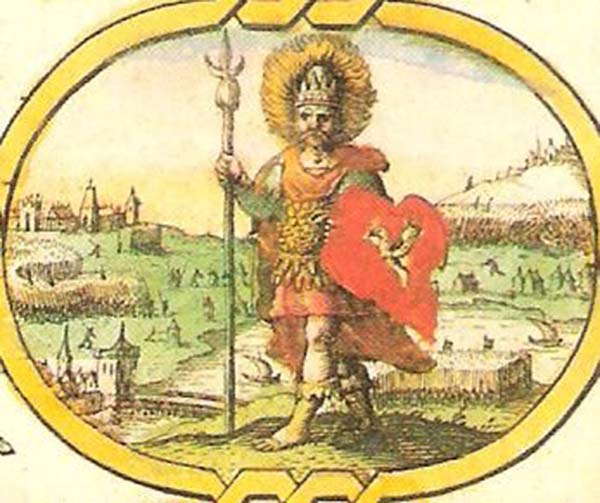 In the last article, the focus was on the settlement and leaders of the various Anglo-Saxon kingdoms. Much of this information is verifiable from one outstanding primary source, the Anglo-Saxon Chronicle, which was dutifully kept by Saxon scribes for hundreds of years.

The other records we have of this turbulent time in English history were kept by monks and other scribes of the Christian Church.

Other sources are severely lacking, mainly because it was not the Saxon practice to keep copious notes of everyday things. They were much more preoccupied with making and holding on to settlements in their new homeland. Despite this lack of evidence, we can say for certain that several important things happened in this era. The main thing was that chaos gained the upper hand.

Anglo-Saxon Infighting: Everyone Wants to Be King A curious thing began to happen as the British defense weakened: The invaders began to fight among themselves. By the time of the Heptarchy, the Britons and Welsh had retreated behind natural boundaries and yielded most of lower Britain to the Angles, Saxons, and Jutes. Once the kingdoms of Kent, Sussex, Essex, Wessex, East Anglia, Mercia, and Northumbria were established, the Germanic tribes had the run of the place. This was just fine for awhile. They enjoyed their new homes, hunted for new and unfamiliar game, practiced rites of a new and unfamiliar church, and settled into a new way of life. But the urge to conquer got the best of them finally, and they began to seek ascendency.

It began with the bretwalda, or “overall leader.” This was an attempt to select a leader of all the kingdoms. By this time, each of the kingdoms had a leader. (Some of them were strong.) They all would meet and select the bretwalda, intending that the position would not reside with one kingdom but be passed around from tribe to tribe. But jealousy won out, and Saxon attacked Saxon as well as Angle and Jute; the reverse was true as well, as Angle attacked Saxon, etc.

Anglo-Saxon Infighting: Everyone Wants to Be King Some boundaries, like the Humber River, were natural; others were more abstract. None was acknowledged too reverently. When it came right down to it, more land meant more food and more opportunity. It was a proposition that the Germanic settlers could not turn down.