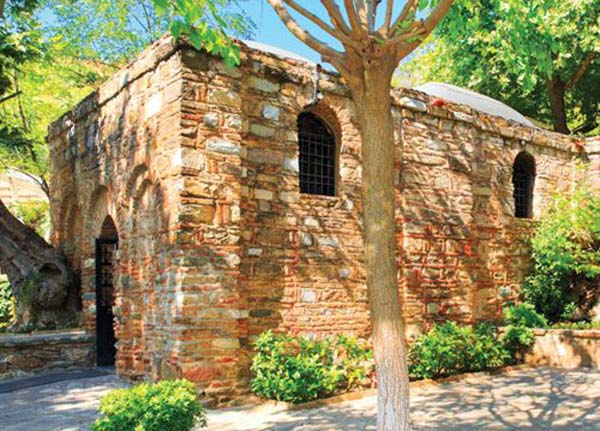 The Virgin Mary left Jerusalem after the Crucifixion. The Church learnt of Mary’s final refuge and home only because a nun saw it in a Vision.

On top of “Bulbuldagi” or “Mountain Nightingale” and 9 kilometers from the ruins at Ephesus, sits a small stone cottage holy to both Christians and Muslims. The cottage is believed to be the last home of the Virgin Mary and is now a recognized and finally accepted shrine. The shrine draws Christians and Muslims alike. Christians visit the house because of its associations with a deeply revered figure in Christianity – The Virgin Mary. Muslims hold Virgin Mary in deep religious regard as the mother of Jesus – a Prophet of Islam.

The small and austere cottage is believed to have played an important role in the life of Virgin Mary. The shrine has been visited by three Popes and has been conferred official recognition as a place for pilgrimage. The cottage was largely unknown to official Christianity till 1811 when a German nun saw the cottage in a vision. She recalled the biblical references to the Virgin Mary leaving Jerusalem after the resurrection accompanied by the Apostle John. In her vision, the nun saw the small cottage and described in detail the features she had seen in her vision. The vision and the cottage were described in a publication but did not receive official recognition of the cottage as a shrine. The discovery of the cottage and the story of how it acquired the status of a shrine makes interesting reading. These details were picked up nearly 100 years later, by a French researcher – a priest who was searching for the cottage in the hills around Ephesus. The cottage was well-known as the House of the Virgin Mary to the people of the area who had always regarded the structure as a Holy Place. They knew The Virgin Mary had lived for the rest of her life. Locally, the cottage was an established shrine where an annual pilgrimage took place every August 15 – the date of Mary’s Assumption. Finally, John Paul II visited the cottage in the 1980 and declared the Shrine a place of pilgrimage.

The shrine has an air of tranquility and peace. Set amid pines and olive trees, the Virgin Mary’s House looks out to Ephesus the ancient Greek and Roman city that was once one of the developed and advanced cities of the ancient World. Today, the ruins at Ephesus are amongst the most visited of the historical sites in Turkey and a calling port for cruise ships. Visit to the shrine is often offered as a companion tour to Ephesus. The House of the Virgin Mary, however, is a tourist destination in its own right both for its religious significance – as a shrine for both Christians and Muslims – as well as for the beautiful scenic mountain countryside on which it stands.