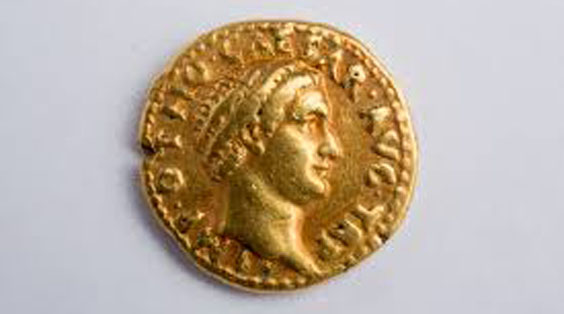 Apparently well meaning, but surely ineffective, Otho – the second ruler in the Year of the Four Emperors – lasted only three months in the Roman throne.

The two main reasons for Marcus Salvius Otho’s short reign were his failure to appease his political opponents in Rome and to stop the revolts of legions stationed all over the empire.

Otho was born on April 28, 32 AD at Ferentinum in the region of Etruria. The would-be emperor’s family was of ancient and aristocratic Etruscan lineage.His grandfather was a senator under Augustus and Claudius granted patrician status to his father.

A man of small built, Otho became one of Nero’s cronies and, at some time, might have been the emperor’s lover. Some historians narrate that Otho was so depraved that he outdid Nero.

Even more, Otho was particular about his looks. He had his body hair plucked and, to cover his balding head, wore a wig, so well-made it is said, that few knew his hair was thinning.

It appears that at about 58 AD, Otho was in a relationship with Poppaea Sabina, Nero’s mistress, who was famous for her beauty. Whether he married her or not and if the romance caused a break with the emperor are unknown.

But the next year Otho found himself governor of Lusitania, a province that encompasses today’s Portugal and parts of northwestern Spain. For the next nine years he would find himself in this region at the outskirts of the empire with the rank of quastor, the lowest necessary for a governorship. Otho was a good and honest administrator who none-the-less, had no military experience.

Nero’s Death and Support of Galba

In June of 68 AD Nero killed himself without a successor to the throne. With no member of the Julio-Claudian family to take over, governors and legion leaders staked their claims to the crown.

Otho threw his lot with Servius Sulpdicius Galba, governor of the adjacent province of Hispania Tarraconensis. The Praetorian Guard backing of Galba might have played an important part on Otho’s decision to support his neighbor, which he did, mostly through subsidies and personnel. When Galba entered Rome, Otho was at his side.

From the beginning Galba’s reign was in trouble. On New Year’s Day 69 AD, the legions of Upper Germany decided to join those in Lower Germany in backing the neighboring province’s commander Aulus Vitellius, the true emperor. Furthermore, Galba had lost the support of the Praetorian Guard for failing to make good on the rewards offered.

Trying to solidify his position, Galba appointed an inexperienced noble, Lucius Calpurnius Piso Licinianus. Otho would have none of it; he got the backing of the prateorians and on January 15 had both Galba and Piso killed. The Praetorian Guard then proclaimed him emperor.

Reign and Death of Otho

Otho tried to be a mediator between all the opposite political groups. He continued to reward the praetorians; made an effort to placate the Senate and tried to pacify the rebellious legions. He failed.

The German troops continued their revolt and prepared for a march on Rome; the Senate was still suspicious of Otho’s affiliation with Nero and the Praetorian Guard kept on demanding bigger rewards.

By April it was obvious that Vitelliu’s troops were marching on Rome.The opposing forces clashed on April 14 at Bediacrum, near Cremona in Northern Italy. Vitelliu won th confrontation and continued his march south, to Rome.

Defeated, and maybe trying to prevent further bloodshed, Otho took his life two days later. He had been a capable administrator who was prevented by his past and the divisions in Roman politics to perhaps right the ship of state. It would take until the end of 69 AD for Vespasian to take over the government and start Rome’s progression to stability.