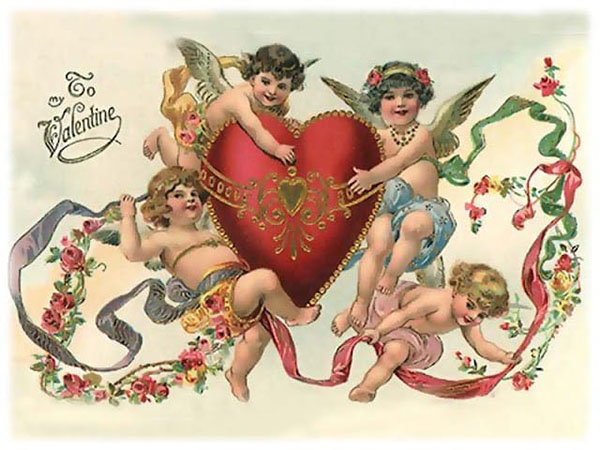 February 14th is America’s day to celebrate love. Americans spend billions of dollars every year on chocolates, candies, cards and gifts. But why do Americans do this?

What is the history behind this holiday?

Valentine’s Day dates back to the early Roman Catholic Church. When the Catholics were attempting to take over, they adopted traditional pagan holidays, hoping to retain new parishioners. The holiday that pagans celebrated in mid-winter (in what is now February) was called Lupercalia, the festival honoring the hunter Lupercus. The Catholics included this holiday in their calender and linked it to a saint.

The saint they chose was St. Valentine. St. Valentine’s true history is unknown, but he is believed to have been a Roman priest who was martyred on, or around, February 14 around the year 200. He was killed for performing marriages that were outlawed by the emperor. These were, supposedly, couples of different statuses (a poor man and a rich woman, for example) or even interracial couples.

There are various stories as to how St. Valentine became the patron saint of lovers, and how February 14 became the holiday of lovers.

One such story: Part of Lupercalia, the ancient pagan ceremony, was putting the names of the girls in the town in a box, and letting the boys draw one. Those couples would be paired off until the following year. When the Catholics changed the holiday, they substituted saints names for the girls names, in the hope that the participant would model his life after the saint whose name he drew.

Another story: St. Valentine apparently sent notes to the women he married, signed “from your Valentine. “There is also the story that St. Valentine has nothing to with the “lover” portion of the holiday. Some historians say that the word valentine may have been confused with the French word galantine, which means lover of women.

In the year 1400, the High Court of Love opened in Paris on February 14. This court dealt with things such as marriage contracts, divorces, infidelity and domestic abuse. In 1601, Shakespeare wrote about St. Valentine’s Day in Hamlet: “To-morrow is Saint Valentine’s day,/All in the morning betime,/And I a maid at your window,/To be your Valentine.”

In the late 18th century, it became popular to send love notes on February 14. They were so popular by the mid-19th century that these notes became mass produced. Hallmark introduced their first Valentine’s card in 1913, which is when the modern Valentine’s Day traditions truly began.