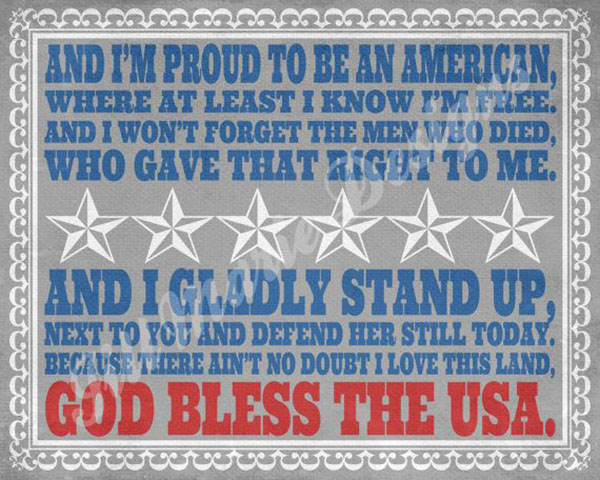 Throughout the 19th and into most of the 20th Century, American school children learned to sing patriot songs as well as popular ballads or folklore tunes that demonstrated aspects of American pride and uniqueness. Much of this ended during the Vietnam War period. By the 1960s even the youngest school children were listening to rock and high school teens were attending rock concerts. Much of this music protested Vietnam and perceived notions of United States’ neo-imperialism. Inevitably, patriot songs and popular ballads slowly departed from American public classrooms. In 2010, most Americans can still identify The Star Spangled Banner, but few know the words to the national anthem.

Columbia, the Gem of the Ocean was one of the most popular songs taught school children up to the latter years of the 20th Century. As demonstrated in the lyrics, “Columbia” was a synonym for the United States. Columbia was “the home of the brave and the free.” The uniqueness of the national vision was seen in such phrases as, “A world offers homage to thee…Thy banners make tyranny tremble…”

Columbia is portrayed as a ship, a symbol often used in American literature as in Walt Whitman’s O Captain My Captain or Henry Wadsworth Longfellow’s poem O Ship of State. In 1877 Oliver Wendell Holmes penned Ship of State, reflecting, in part, the electoral crisis of 1876. Thomas a Becket’s Columbia similarly refers to America as “The ark then of freedom’s foundation,” a reference to the Genesis ark which saved humanity from the devastation of the cataclysmic flood.

Before the Supreme Court struck down prayer in the schools in the cases of Engel v Vitale (1962) and Abington School District v Schempp (1962), references to God in the public school classroom were common place, including the songs taught students. The final verse of The Star Spangled Banner, for example, states “Praise the Power that hath made and preserved us a nation…And this be our motto: “In God is our trust.”

America the Beautiful, which dates to the late 19th Century, mentions God several times. In the first verse, Katharine Bates wrote, “America! America! God shed his grace on thee…” My Country Tis of Thee ends with a prayer or supplication: “protect us by thy might, great God, our King.” During November, students were frequently taught the song Come Ye Thankful People, Come, written by George J. Elvey in conjunction with Thanksgiving. The song – which is really a hymn, contains lines like “God our Maker” and “Come to God’s own temple, come.”

After the horrific 9/11 terrorist attacks, members of the Congress stood one evening on the steps of the still locked-down Capitol building and sang God Bless America. Written by Irving Berlin in 1918 and popularized by Kate Smith, many Americans see the song as the second national anthem. But such patriotic songs are no longer in the school repertoire because of the connection to God and Christianity.

Will Patriotic Songs Fade into History?

Yankee Doodle may still be studied, and possibly sung by students with daring teachers, as an example of colonial American ballads. But most Americans pre-teens and early-teens will more readily identify with child singers like Justin Bieber whose songs are anything but patriotic.

It is also possible that the extreme interpretations of separation of church and state have made it impossible to resurrect once-popularly taught songs because of the frequent mention of God. This has even impacted the ability of public schools to include, for example, Christmas songs, even though they may be part of American history.

O Little Town of Bethlehem, for example, was written by an American Episcopal priest in 1868. Away in a Manager, although attributed to reformer Martin Luther, also has strong American connections dating to the late 19th Century.

Until the large immigrant migrations brought Catholics to American shores, the United States identified its mission with Protestant Christian vision, rooted in the Puritan City on a Hill. Songs and poems highlighted that singular national mission. Educating future generations included songs that built upon that mission.

God, in American history, was always seen as the great Provider who blessed the efforts of the Republic. Thus, the “boast of the red, white, and blue” in the lyrics from Columbia the Gem of the Ocean was to stand firm against global tyranny because God was on America’s side. All patriotism must have deity as a guiding force. America’s patriotic music provides that important aspect.