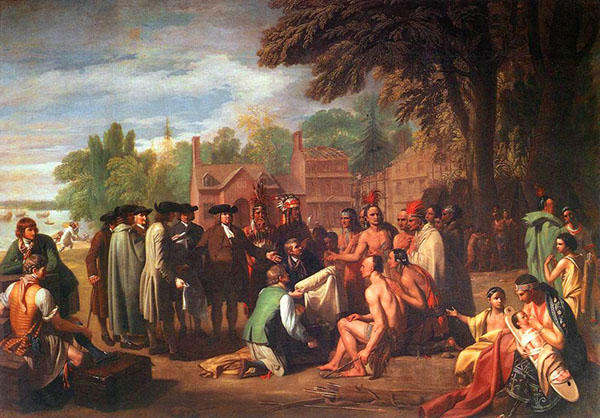 In the 1800s Americans initially desired peace with Native Americans on the frontier. However, early in the 19th century the United States underwent rapid growth and expansion southward. As the country expanded what was considered an obstacle was reached. This obstacle was the Cherokee, Seminole, Creek, and Choctaw settlements. These homes were an obstacle towards progress, growth and development.

Lewis and Clark Seek Peace with the Native Americans

Lewis and Clark have become an old story of peaceful relations with the Native Americans from the explorers through use of the famous Sacajawea and tales of gifts and trading. This false front was put on by Lewis and Clark as they began their journey into the western frontier to claim and map the land. Their expedition, entitled the Corps of Discovery came into contact with over 50 tribes.

President Jefferson had instructed the two explorers to make alliances and trade relationships with the tribes to peacefully dominate them. This tactic of pressure proved successful for gaining the claim of the land of many tribes along the frontier.

The ritual for meeting a new tribe was established early on in the expedition. The explorers held a conference, giving the tribe presents such as certificates of allegiance, American flags, and peace medals. The explorers then after making friends proceeded to explain that their land now belonged to the United States, that they owed their entire allegiance to this country and not Spain, England, or France, and that Thomas Jefferson of the East was now their great father. This peaceful form of forcing the Native American’s from their land proved far more successful than other tactics attempted.

On the opposite side of the spectrum from the peaceful tactics of Lewis and Clark lies Andrew Jackson’s Indian Removal Act of 1830. As the East coast became over populated the absolute need for expansion became necessary. This act stated that all Native American tribes east of the Mississippi River must leave their lands and travel to reservations on the Great Plains. The passage from their homes to these reservations is infamously called The Trail of Tears due to the pain, suffering, deaths, and sadness experienced among the Native Americans along the way.

Jackson passed another law that stated that Native Americans were under the law of the state and not the federal government. This left them with no federal protection against white men that wanted to claim their land. Jackson negotiated nine of eleven treaties stealing the Native American’s western land in exchange for eastern. The tribes agreed to the treaties in hopes to gain federal favor for their peaceful alliance.

However, the Southeastern tribes resisted a peaceful voluntary movement and this resistance resulted in Jackson forcing them out. Jackson described Native American tribes as “children in need of guidance.” He continually degraded them and viewed white men as superior. By 1837, Andrew Jackson had forced over 46,000 Native Americans from their homes.

In the early 19th century thousands of Native American’s were forced from their homes for white American settlement. Lewis and Clark established a peaceful means of dominating Native American land. Andrew Jackson took the forceful, violent route as president by the Indian Removal Act. Though different tactics were used the effect was the same. The homes of families and tribes were destroyed, thousands died along the way to their new reservations, and mistrust between Americans and Native Americans was instilled for years to come.