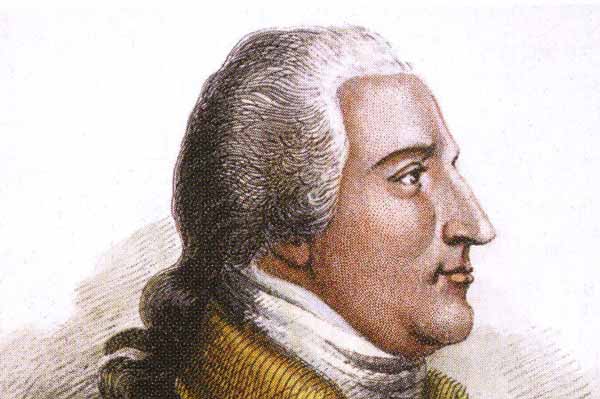 A hero of the battles of Ticonderoga and Saratoga in the Revolutionary War, he is universally recognized as the most infamous traitor in American history.

On this day in history, September 23, 1780, the treasonous plot of American General Benedict Arnold, commander of the strategic fort at West Point, N.Y., was exposed.

Born to a well-to-do, prominent family in Connecticut in 1741, Arnold served in the militia during the French and Indian War. He soon tired of military life and deserted twice, once to be with his dying mother.

Arnold opened an apothecary shop in New Haven and worked as a druggist. At the outbreak of the American Revolution in 1775, he joined the militia again.

Massachusetts authorities commissioned him a colonel and, along with Ethan Allen, he led the expedition that captured Fort Ticonderoga in New York in May 1775. But Arnold received little of the credit, which went to Allen and his Green Mountain Boys.

In September, Arnold led an army of 1,000 men through the woods of Maine. He assaulted Quebec on December 31, but the conquest of Canada failed. His wilderness march was considered to be remarkable, though he was wounded in the leg.

Promoted to the rank of brigadier general, Arnold built a fleet of boats and fought a successful rearguard action against a superior British force at Valcour Island in the defense of Lake Champlain.

Arnold prevented the British from using the lake as a highway from Canada to New York. He lost two naval battles in October 1776, but delayed the British armies in their southward advance.

When Arnold was not among the five major generals, all younger men, appointed in February 1777, he threatened to resign, but was persuaded to stay by General George Washington, the commander-in-chief.

Arnold, who had proven himself to be one of the most able officers, resented his lack of seniority, had a hard time getting along with others who disliked his hot temper and impatience, and felt slighted by the top brass.

While visiting his home in New Haven, Arnold heard of a British attack on American supply depots in Danbury. He rounded up the local militia, raced to stop the enemy, and routed the British. A grateful Congress promoted him to major general on May 2.

At the battle of Saratoga, Arnold played a major role in the relief of Fort Stanwix and was severely wounded in the leg. He was also removed from his post as second in command, which left him feeling slighted once again.

The battle of Saratoga in New York in September-October 1777 was a major victory for the patriots and a turning point in the Revolutionary War. The British general said of Arnold that the American victory “was his doing.”

In June 1778, Arnold was placed in command of Philadelphia after the British evacuated the city. He lived extravagantly and socialized with wealthy loyalist sympathizers, one of whom, Peggy Shippen, he married in 1779.

Rampant corruption in Arnold’s command in Philadelphia led to his court-martial. He was found not guilty of most charges, but Washington was ordered to reprimand him. The general did so mildly in April 1780, leaving Arnold angry.

By this time, Arnold had started on the road to treason. Personally hurt by Congress’s treatment and badly in need of cash, he began to provide information on troop movements to the British in exchange for money in May or June 1779.

In the summer of 1780, Arnold conceived of the idea of turning over the important fort on the Hudson River at West Point, N.Y., to the British. He persuaded Washington to place him in command there.

Arnold convinced a loyalist shopkeeper in Philadelphia to convey his messages to British General Sir Henry Clinton, who relied on Major John André, his adjutant general, to handle negotiations.

On September 21-22, 1780, Arnold met André and offered to sell the strategic Hudson River fort, as well as 3,000 troops, to the enemy for 20,000 pounds in order to enable the British to cut off New England from the rest of the rebellious colonies.

André was captured the following day near Tarrytown in Westchester County by New York militiamen, who found papers hidden in his stocking revealing Arnold’s incriminating plans to surrender West Point to the British.

André was captured and hanged as a spy on October 2. But Arnold received a timely warning and escaped downriver on a British ship, narrowly avoiding capture by Washington’s forces, who had been alerted to the plot.

The Legacy of Treason

The British commissioned Arnold a brigadier general and gave him command of a corps of deserters, the American Legion. He led raids in Virginia, where he routed the militia, and then Connecticut, where he sacked and burned New London in September 1781.

After the war, Arnold settled in London. The British did not welcome him as a hero. He started a shipping business and died in 1801, a penniless, broken man, his name synonymous in the United States with betrayal and treason.

Legend has it that when Arnold was on his deathbed, he said: “Let me die in this old uniform in which I fought my battles. May God forgive me for ever having put on another.”

In Saratoga National Historical Park stands a memorial to Arnold. The inscription reads: “In memory of the most brilliant soldier of the Continental Army, who was desperately wounded on this spot, winning for his countrymen the decisive battle of the American Revolution, and for himself the rank of major general.” But there is no mention of his name.