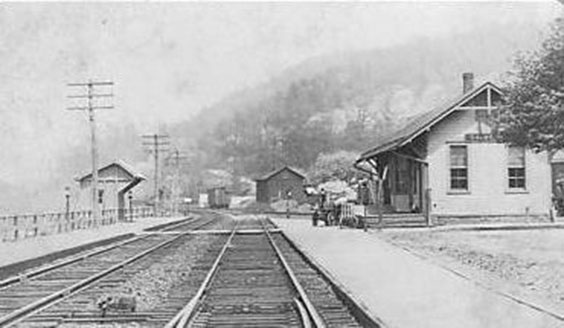 There is one thing every real Dalmatian likes to believe; they live in a unique, one of a kind part of the world. For those not so well informed, this has nothing to do with Disney, dogs and black spots. This exaggerated self-esteem is part of a Croatian seaside region identity.

However, as long as Dalmatia is unique in many ways, it’s not the only one. This might be a devastating for Dalmatians’ pride, but someone unknown used this name for a village in Pennsylvania, USA. Now, there are many localities in a new world with names brought from the Old world. Only in Texas the one can found Paris, Athens, Praha, Bethlehem, Odessa, even Eldorado. Why Dalmatia would be an exception?

In many ways some geographic entity in USA gets its name, the most common is that immigrants wanted to remember places they came from. Not Dalmatia, PA. Not a single one immigrant of Dalmatian origins ever lived there. In late 1700s or early 1800s it was hard to expect that German founders even heard about Dalmatia before they settled on banks of Susquehanna River.

Thus, naming of the village remains complete mystery that even local historian Richard Martz doesn’t know how to solve. Back in 1998 Mr. Martz published a book commemorating bicentennial of Dalmatia, PA. He collected all the information he could get. To be more precise, he collected all but the most important one. Why, in the name of God, a village in Northumberland County bears its name.

According to Martz’s research, the first settlement on that spot was founded in 1798 by German John George Brosius. He bought a land from his father and divided it in 44 sections planned to be sold to immigrants. As modest as many other visionaries of his time, Brosius used his own middle name for town-to-be; Georgetown. Nevertheless, he didn’t manage to sell his land, and just left.

Sometime in early 1800s Georgetown changed its name to Dalmatia. More than hundred years later a plaque was placed on the village entrance, saying that Georgetown was “renamed for shore resemblance to Dalmatian coast in Europe”. Plaque doesn’t exist anymore, but even if it does it wouldn’t resolve the riddle. Another source “The origin of certain place names in the United States” cites that Dalmatia was “named from the titular kingdom of Austria”. In those days the “real” Dalmatia was in deed a part of Austrian empire.

To whom Dalmatian shore was so familiar that he could compare it with this part of Pennsylvania? And is it comparable at all? Looking photos of nowadays Dalmatia, PA, it’s hard to imagine that riverside village could resemble anyone on Dalmatian shore. However, Google Earth gives another perspective. With some imagination islets on Susquehanna River might look to Dalmatian archipelago on Adriatic Sea. On the other hand, the one owed to have a birds view to notice this resemblance.

Martz says that there are several local theories on the origin of name. One notes that unknown surveyor traveled on Susquehanna River, and stopped in Georgetown. Allegedly, he wrote on a margin of his map that the whole area reminds him on Dalmatia. Martz even managed to find some original maps of the days, but not the one with this note.

The Stocks of Split and New York

Dalmatia was mentioned for the first time in “Table of Post-offices in the United States”, published in 1819, a year after this village got its own post-office. This publication cite that first postmaster in Dalmatia, PA was some Martin Stock. With him we come to another theory. In those days it was common that post-office changes its name if there was another one with the same name. That was the case with Georgetown. Further, postmaster was the one who was entitled to find another name.

Martz says that Martin Stock lived there between 1818 and 1832, and he was for sure a newcomer since this name was never mentioned in previous records. However, during 1800s the Stocks lived in largest Dalmatian city Split, as one of the most prominent families. It’s very hard to say if the Stocks from Split were in any way connected with the postmaster in Northumberland County.

When we mentioned this to Martz, he dug out that Martin Stock was born in New York in 1787. In that time the Stocks didn’t live in Split, but in northern Adriatic city of Trieste, Italy. Martz couldn’t find any records on Stock’s parents, but it sure tickles imagination that maybe they arrived to USA also from Trieste. And even just a glimpse on a map of Adriatic Sea could draw a conclusion that Dalmatian coast was familiar to them.

“The only other theory that we haven’t considered is simply that Martin A. Stock had a black and white spotted dog,” says Martz, with a nice humorous touch.

There are only few hundred people living today in Dalmatia, PA. Some hundred years ago this village lived its heydays, but after the World War 2 most of its businesses closed down. Today, it’s mostly residential community with just a few services. And, of course, a post office.