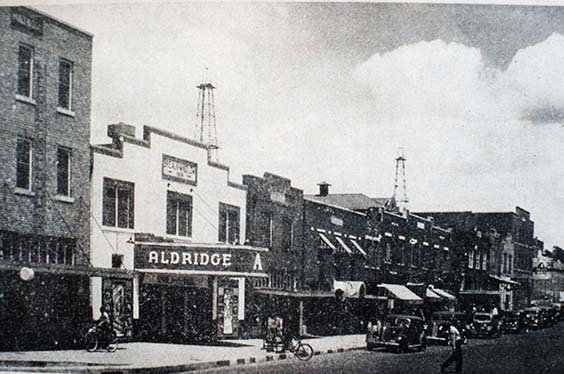 Unlike many of the older states of the American Union, the history of Oklahoma does not begin with the planting of a single colony. No invading conqueror ever swept across its borders, yet Oklahoma is a land of many peoples. Although the greater part of its history began many years ago, it has much in common with other states.

Within its limits live the remnants or descendants of not less than fifty different tribes and nations of American Indians whose homes were scattered over not less than thirty different states. Likewise, almost every state is represented by the Caucasian people who settled in Oklahoma.

The people of Oklahoma trace descent from the Puritans of New England, the Cavaliers of Virginia, the Dutch Patrons of the Hudson Valley, the French Huguenots of the Carolinas, the Scotch-Irish of the Appalachian Highlands and from numerous tribes of American Indians.

The history of Oklahoma is remarkable in many ways. In the short space of a third of a century, the savage huntsman gave place to the herdsman. He in turn retired before the husbandman, and a mighty state was founded and built in what had been a wilderness.

The American Indian has played an important part in the History of Oklahoma and in the building of the state. In Oklahoma, the Indian appears not only in the early history of the state, but remains in its present and future history.

The history of Oklahoma is unlike that of any other state. The real building of the state covered a period of less than twenty years, yet those years were full of achievement. As Oklahoma’s past has been filled with achievement, and as her present is laden with opportunity, so must the future of Oklahoma be a challenge to all.

Those who carefully study the story of Oklahoma will gain, not only knowledge of its origin and history and of the development of its institutions, but a measure of that intelligence and true devotion which are at once the inspiration and power of an ideal citizenship.

Land of the Mistletoe

Land of the mistletoe, smiling in splendor,
Out from the borderland, mystic and old,
Sweet are the memories, precious and tender.
Linked with thy summers of azure and gold.
O, Oklahoma, dear land of my dreaming,
Land of the lover, the loved and the lost;
Cherish thy legends with tragedy teeming,
Legends where love reckoned not of the cost.
Land of Sequoyah, my heart’s in thy keeping,
0, Tulladega, how can I forget!
Calm are thy vales where the silences sleeping.
Wake into melodies tinged with regret.
Let the deep chorus of life’s music throbbing,
Swell to full harmony born of the years;
Or for the loved and lost, tenderly sobbing;
Drop to that cadence that whispers of tears.
Land of the mistletoe, heres to thy glory
Here’s to thy daughters as fair as the dawn!
Here’s to thy pioneer sons, in whose story
Valor and love shall live endlessly on!