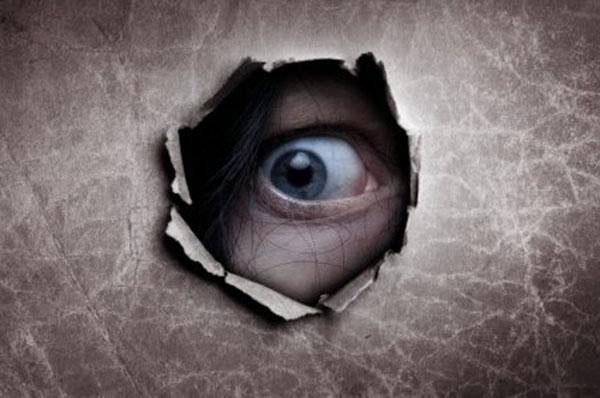 Who hasn’t referred to the ‘real McCoy” or called someone nosy a ‘Peeping Tom’. Not surprisingly, all these saying have a historical background – heavily laced with myth that is.

The expression Peeping Tom for a voyeur dated back to the Middle Ages and the saga of Lady Godiva. She was the wife of Leofric, Earl of Mercia in Coventry/England. Apparently she was a very social minded lady, because she disagreed with the heavy taxes her landlord husband subjected his poor peasant tenants to. When her entireties to him fell of deaf ears, she resorted to stronger measures to convince him. She promised, that she would ride naked on a white horse through the streets of Coventry, if he would lower the taxes. Her husband didn’t believe that she would go through with it, but she did. The citizens of Coventry knew what was going to happen and to protect her modesty closed doors and windows and averted their eyes whilst Lady Godiva rode. With the exception of carpenter named Tom, who couldn’t resist to take a look. He was struck blind on the spot!

Upper crust has always been a synonym for the well heeled. The expression has, again, its origins in the Middle Ages and in the baking of bread. The crust (on top of the loaf) was considered the best and most savory part of the bread. It was reserved for guest of honor or the head of the household, whereas the servants were only allowed to eat the soft middle of the bread or the crumbs.

Hospital workers, policemen, factory workers and many others use to refer to doing the ‘graveyard shift’ if they have to work at night. The Middle Ages seem to be an endless source for these sayings. When science wasn’t yet so advanced as to be able to determine that a person was really dead, people were afraid of being buried alive.

Should that happen, they wanted a means to alert someone to the fact that they weren’t dead at all. To that effect, a hole was drilled into the lid of the coffin; a rope was passed through which, in turn, was attached to a bell. The unfortunate ‘corpse’ could raise the alarm. But it wouldn’t do any good if nobody was around to hear the bell. Therefore night watchmen were employed to roam the cemeteries at night and listen to any possible ringing bells coming from the graves.

Origin of The Real McCoy

The expression “real mccoy” is an idiom which refers to the genuine article of something as opposed to an imitation. For once there is no origin from the Middle Ages, but there are several explanations as to were the expression originated. The probably oldest refers to the whiskey of G. Mackay, a Scottish product which was advertised in the 1800s as the “real Mackay”. Another one mentions a Canadian lubricant manufacturer by that name.

Origins may be legend or varied, but the expressions are clear enough in their meaning in every day language.