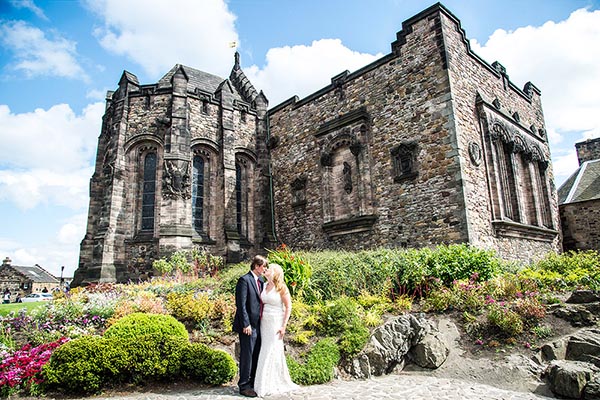 The tiny chapel of St Margaret is one of the most popular attractions at Edinburgh Castle in Scotland. The tiny stone building stands high over the city, overlooking the historic streets and buildings and has been a place of worship for centuries. Between the sixteenth and seventeenth centuries the chapel was used as a gunpowder store before being reconsecrated.

The Origins of St Margarets Chapel in Edinburgh Castle

The chapel is dedicated to Queen Margaret, wife of Malcolm III of Scotland and mother of King David I of Scotland, who built the chapel in honour of his mother. Although legend had it that St Margaret herself worshipped at the chapel, historians and archaeologists now believe that the chapel was built by Margarets fourth son David after her death.

The chapel is a stone building, in the Romanesque which, in its present restored state, looks much as it would have when it was originally created. The chapel, as part of Edinburgh Castle, has at times seen siege and war, and in 1314, when the whole castle was captured by the Earl of Moray, it was only St Margarets Chapel which remained undestroyed. Later, Robert the Bruce donated money for the castles restoration and it remained a place of worship until the Reformation.

St Margarets Chapel in Edinburgh After the Reformation

Following the Scottish Reformation of the sixteenth-century, the chapel fell out of use as a religious building and was instead used as a gunpowder store. Restoration was carried out during the reign of Queen Victoria and stained glass which featured St Margaret was installed in 1929, in time for the chapels rededication in 1934.

The remarkable queen and saint after whom St Margarets chapel was named was an English princess born into the House of Wessex. Much of her early life was spent in exile in Hungary and following the Norman Conquest of 1066, she and her family fled to Scotland where she met Malcolm III, whom she married in 1070.

Margaret became known for her good works, including the establishment of a ferry across the Firth of Forth for pilgrims. She died at Edinburgh Castle in 1093, just days after receiving news of her husbands death in battle. She was canonised in 1250 and her remains lie in Dunfermline Abbey.