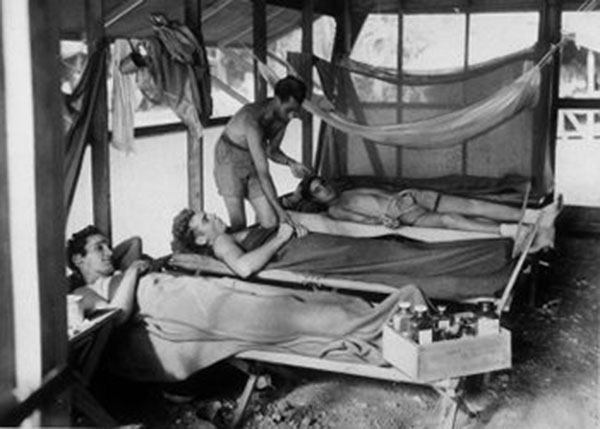 Malaria took a heavy toll on soldiers during World War I. It helped induce a change in British military planning and operations.

World War I is known for its destructiveness. At its commencement in August 1918 it saw already in Germany, the country that precipitated it, the mobilisation of more 15 million men of mostly between the ages of 18 and 48. France had over 8 million, Austria-Hungary over 11 million including Britain. By October 1917, a year before the armistice, close to 4 million German soldiers and over 2 million from Austria-Hungary had been killed in the trenches. Deaths averaged 80 000 per month and were high on the side of the British too. When the war concluded in 1918 the tally of the dead from both the Allied side and Germany was estimated at over 16 million.

Whilst these figures are now known, being published in sites such as Wikipedia, too little known is the scale of death amongst soldiers that was not caused by guns but by disease. Pneumonia, small pox, typhoid and dysentery were all common during the war. But none was as deadly as malaria. It claimed even more lives from those who were admitted into hospitals after being wounded.

Known as a mosquito-borne infectious disease in which parasites multiply within the red blood cells of a human being within weeks, malaria thrives in tropical environments. Its symptoms include headaches, and fever which can quickly cause hallucinations, coma and eventually death. Malaria can recur after treatment.

Malaria, said one of the reports about Macedonia in 1917, ‘has played an important role in causing depopulation’ and proved to be ‘not only of unusual magnitude, but also of exceptional intensity’. In that country alone, more than 4 500 cases were registered.

Per 1 000 soldiers per annum the disease killed 237 in East Africa and Macedonia. And as Lord Herbert Kitchener, the Secretary of State for War, reported to Cabinet, 1916 was the worst as ‘practically 100 per cent of the Force was admitted to hospital’ due to malaria.

Changes in military planning and operations

Whilst mosquito nets were supplied on an unprecedented scale, the deaths continued to spiral. ‘No amount of quinine can protect against such overwhelming doses of infection’, highlighted another report. Hence Britain’s War Office recommended that operations or fighting in malaria-spots be concluded as quickly as possible to enable soldiers to get out of them by the time of the start of the rainy season.

Armistice was concluded in November 1918 without a cure for the disease having been found or the exact number of soldiers killed by it being known in total. What is clear though is that, amongst other things; the disease induced changes in military planning and operations. In December 1916 Britain formed the War Cabinet to co-ordinate for the first time its war effort and provide hands-on solutions to daily problems and issues.

One of the most far-reaching decisions the War Cabinet made, which together with the entry of the US in March 1917 enabled the conclusion of the war in 1918, was to order the establishment of a Naval Air Force and an Army Air Force to conduct ‘long-range aerial operations’ against German towns ‘in which munitions factories were situated’ and others that were of ‘considerable magnitude’. Up to that point the Allied forces had faced a very determined German army that, particulalry in East Africa, exploited the conditions by arming its conscripted black soldiers who, to the surprise of the British, gave a very good account of themselves, notwithstanding the prevalence of malaria in the region.

National Archives of the United Kingdom.