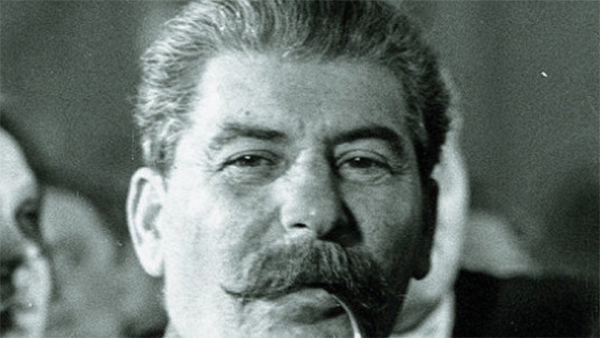 Humour was used in the Soviet Union to lambaste and criticize its inflated leaders. Under the Communist regime the party had complete control of the media and could therefore limit large scale criticism directed at its leaders. Coupled with a one party political system and effective internal security, the regime protected its leaders from opposition and placed them on a pedestal which elevated them high above all others. The anecdote was used as a tool to combat the security measures put up by the party and became a useful and relatively safe tool for the public to use when directed against the leadership. The aim of this section is to explain that jokes were a way of deflating the Soviet leadership and a way of serving a people’s justice. The public shows an ability to distinguish between what the party said and what they did.

Soviet Communisim in all its glory

Arthur Berger says that laughter “destroys the epic” and in so doing it goes some way in lessening the hierarchical distance between the joke teller and the subject. It prevents the subject from further magnification and in that sense it can be understood as a method to deflate as well as limit the rise in the leader’ ego.[1] The anecdote strips it political leaders [2] of credibility in ridiculing their appearance, personality or actions. Seth Benedict Graham says that one of the aims of Soviet anecdotes was to parody self righteousness [3] and for this reason there is no shortage in humour directed against the all powerful leadership. Brezhnev is a particularly good target as Ben Lewis explains; “Brezhnev showered himself with awards, and by the time of his death had acquired 260 of them. His jacket eventually carried 110 medals on it.” [4] Despite the obvious jokes about the weight of Brezhnev’s jacket, his personality is also attacked on the grounds that he wanted to create illusions of grandeur by evoking history’s greats.

After Brezhnev came to power, members of the party press asked him what he would like to be called; Great Leader, Genius of All Times and People, or Father of the people?

This simple joke is in reference to both Lenin (known as Ilich) and Stalin who had been called Great, genius and father of the Soviet Union during his leadership. [5] Brezhnev is part of a tradition of Soviet leaders who use history as a way of elevating and establishing themselves in their role. Hedrick Smith explains the necessity of citing such figures as Lenin by saying that “our leaders use it as a symbol, as a way to affirm the loyalty of others”. Smith goes on to explain the complex relationship the Soviets have with ideology and how it is like an unofficial language. By pertaining to it, the language can be used to help you achieve your goals [6] but also shows a need to legitimise and a desire to elevate oneself.

In the 1977 Constitution, Brezhnev tries to bridge a gap between himself and Stalin, introducing a general revision of Stalin’s 1936 Constitution.[7] Stalin was a major political and cultural force in the Soviet Union during his leadership and the joke tellers understand Brezhnev’s eagerness to instil some legitimacy to his own leadership. Brezhnev had grand illusions of himself which the joke tellers mercilessly smash.

What do Brezhnev’s eyebrows represent? Stalin’s moustache at a higher level [8]

The joke tellers are showing that they are perceptive observers and proving that not even the all powerful leadership is exempt from criticism. The anecdote tellers have the hallmark of a caricature artist, who identifies weak spots for ridicule. The joke above is deflating Brezhnev in two ways. The first is by ridiculing his famous bushy eyebrows. This softens his character and makes him seem more human by highlighting character flaws which everyone has. The second way Brezhnev is deflated happens as the joke indirectly points to the idea that Brezhnev is higher than Stalin. This insinuation pokes at the core of Brezhnev’s character as he loved to promote himself as the leader of a ‘developed socialist society’.

Khrushchev distorts history to separate himself from the crimes of the Stalin era that threatened to bring him down. In his speech on his denouncement of the Stalin cult at the 20th Party Congress, Khrushchev conveniently draws a line under the history of the Stalin era, an era in which Khrushchev worked as one of Stalin’s closest advisors, first secretary of the Ukrainian Communist Party, and actively participated in Stalin’s purges. A man he had claimed to have “genius leadership” became at the 20th Party Congress a man of “suspiciousness” that had “annihilated” many of his military officers and workers.[9] Khrushchev’s hypocrisy is hard for the Soviet people to critique because of the heavy internal security in the Soviet Union but is illustrated in the wide scale unpopularity of him as a leader and the jokes aimed at deflating his image. Unlike Brezhnev who was ridiculed for his excessive medal collection and old age, Khrushchev was repeatedly targeted by the joke tellers in respect to his bald, fat, pig-like body.

A man was an expert in telling what part of the body he was feeling whilst blindfolded. The man fingered Khrushchev’s head. ‘Clearly an arse’ he said. ‘Just can’t find the hole’.[11]

A man ran through the streets of Moscow, shouting, ‘Khrushchev is a swine.’ He was seized and given 21 years; one year for defamation and 20 years for leaking state secrets.[12]

Being bald and fat are negative traits in most societies and show the public lampooning their leader in relation to his appearance. The idea that he is a swine evokes two main images; that he is greedy and that he is dirty. After emerging from the Stalin era untouched and on top, he has displayed ruthless determination and greed. These jokes explicitly lampooning Khrushchev’s appearance demote him and pull him back in to the muck as justice in part is served by the people.

But the leadership were encouraged to test the limits of their rhetoric, language being seen as a tool to ‘arm the toilers’ in the building of Communism.[13] Anti-leadership anecdotes show that the public were more intelligent than the Party gave them credit for and could see through the empty sentiments offered up through speeches. The battle, and therefore the jokes, grew between the Party and the joke tellers until the Gorbachev era because the Party refused to fall on the side of truth.

Ted Cohen says that jokes come from what people are immediately aware of and therefore are products of speeches, propaganda, posters etc.[14] However, the dating of Soviet jokes is problematic because a lot of the themes represented in the content of the joke are consistent throughout the Soviet era. One of the only exceptions to this rule is the jokes targeting leaders such as those above, as they can be placed within the era of that particular leader. For this reason they can be used as an indicator of public opinion in relation to their leaders in their respective periods.

The real issue is whether Soviets were lampooning their leaders for personal satisfaction or because they wanted to voice a critique of them. If it is the latter it would suggest that the public was anti-communist because there is a great wealth of leadership jokes from Stalin to Gorbachev. By choosing to voice this criticism to their friends and family through jokes, it suggests a certain degree of dissent. It spreads a feeling of opposition to the leadership whilst highlighting this animosity to the leadership themselves who undoubtedly heard some of the jokes cast against them. By critiquing the leadership, a shadow is cast over the whole of society as the leadership occupies the central and most important position within it.