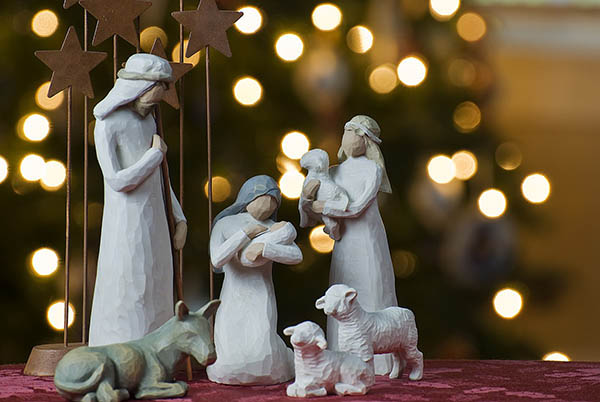 Descriptions of riotous winter celebrations, the multicultural influences on Santa Claus, and the establishment of Christ in the Christmas holiday.

Riotous and unruly, the people of English-speaking nations ran wild and unhindered during the winter solstice celebrations. Though a few Christians often begged for a Christian celebration to supersede the pagan celebrations, no efforts from the popes, Roman rulers, or politicians held out. Making his first appearance in the early 19th century, Santa Claus brought sanity to the winter solstice and allowed persevering churches to install Christ in His rightful place.

For the first 1800 years following Christ’s time on earth, in the cold winter months called the winter solstice, several pagan celebrations pervaded the people in what is now known as the United Kingdom and, eventually, the United States. During these celebrations, especially the Saturnalia, slaves and citizens alike would abandon their daily chores to eat and drink. The poor would enter rich neighborhoods, asking for food and money, and raid the houses of uncharitable owners.

Due to the lack of law enforcement and moral decorum, both the rich and the religious orders dreaded the winter solstice. Several efforts from various individuals, including Pope Julius I, Constantine the Great, and Oliver Cromwell, to replace the celebrations with a Christian holiday, such as a time to worship Jesus’ birth, ultimately failed. The royal wedding between Queen Victoria and Prince Albert was the spark that led to the Christmas holiday as we know it today.

Based on old tribal legends, European folktales and American commercialism, the jolly, old Santa Claus persona has come into existence. His red outfit resembles Coca-Cola’s labeling, his provision of coal to naughty children bears a likeness to Sinta Klass’ helper in German tales, Knecht Ruprecht, and his flying reindeer must be related to the reindeer that run in the Otherworld with shamans. With all the attributes conglomerated into one being, Santa Claus as we know him today is permanently imprinted on the mind of every American.

This depiction of the old elf can be found in minister Clement Clarke Moore’s “The Night before Christmas,” published in 1822. A lesser known publication may have impacted the minister’s poem: a satire Washington Irving wrote in 1809, called Father Knickerbocker’s History of New York. Finally, in 1834, Charles Dickens wrote and published A Christmas Carol, a novella emphasizing the importance of love, giving, and family. Adding to the values Prince Albert brought to what became known as the holiday season.

How Christ Came Into Christmas

Traditions celebrating Christ’s birth were not strong in past centuries. However, countless Christians are grateful toward those in the faith who persevered in fighting for a time to commemorate the event, which likely occurred in any other season but winter.

If Prince Albert had not promoted his family traditions, or if America had not commercialized Santa Claus and gift giving, then the same wild and unlawful celebrations may still be going on today. Consequently, Christians may consider making a greater effort to remember the Savior on December 25, the day designated, after many centuries, to celebrate the Savior’s birth.