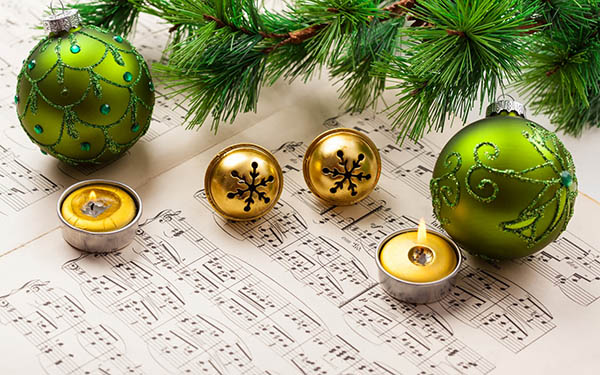 Brief look at origin of Christmas Carols & influence of St Francis of Assisi on celebration of Xmas by the masses. Christianity popularised by Franciscan monks in Europe

Christmas carols are associated in many minds with the tradition of Christmas celebrations, from joyful church services to the door to door Christmas carollers, spreading Xmas cheer. Carols are, indeed, intrinsic to the rich tapestry of the modern Christmas and associated by many with the choral Christmas songs, carols and hymns of church choirs.

Christianity in the Middle Ages

Christianity, however, had little meaning to the common people of the Middle Ages. With church services conducted in Latin, there was no idea of the story of Christ or his lowly birth in a stable. In fact, the prevalent view was that Christianity was a sombre faith which lacked popular appeal.

The advent of St Francis of Assisi certainly changed views of Christianity as his instinct for the popular enabled him to link the humanities of Christ to the masses and popularise the celebration of Christmas by the introduction of nativity scenes and christmas carols.

Origins of the Christmas Carol

It seems to be common belief that Christmas Carols, and the tradition of carolling, originated within the depths of pagan worship and celebration, so consequently were banned by the Church. The following is a brief summary of the meaning of the word carol and the history of christmas carolling, which cannot altogether be attributed to pagan origins:

One very important influence on the development of the Christmas carol was the writing of the Franciscan Jacopone da Todi whose lyrical christmas verse became very popular, together with his well known Latin Passion Hymns, such as Stabat Mater Dolorosa or Stabat Mater Speciosa.

Father da Todi also wrote many popular Christmas songs, promoting adoration of the baby Jesus and wonder at the mysteries of Bethlehem, in attempts to bring the magic of the Nativity to the common people. His simple, rustic songs went on to appeal to the peasant masses and become extremely popular.

Religion, Christmas and Christmas Carols Adopted and Popularised Throughout Europe

The simplicity of the Franciscan model of Christianity spread throughout Europe, becoming popular with the masses. The stress upon humanity and the holy, but awe inspiring event of the birth of Christ, enabled the speedy adoption of Christmas Carol lyics of simplicity and beauty throughout Italy, Spain, France, Germany, England and Scotland. With Franciscan priests entering England in 1224, it is unsurprising that the English carolling tradition was well established by the fourteenth century.