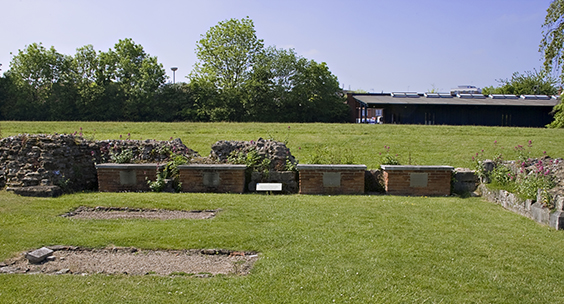 A curious entry in the Anglo-Saxon Chronicle from 687 spurs this question: When is a king not in charge of his kingdom?

The entry in question is this one:

King Mul of Kent and twelve companions are burnt to death during a Kentish uprising. His brother, King Caedwalla of Wessex ravages the kingdom in revenge.

When is a king not in charge of his kingdom? When a rebellion is so successful that is kills the target of its outrage.

The security of Kent must have been lean indeed if access to the king was so easy. Where were the king and these 12 companions? Were they in a dining hall, having a big feast, while the peasants starved outside? Were they on the field of battle, trapped inside a raging inferno resulting from flaming pitch ignited by angry battlefield opponents? Were they captured and burned at the stake?

We just don’t know. All we really have is this entry. We are left to piece together the puzzle for ourselves.

First of all, it is obvious that the king’s subjects were not happy with their monarch. Indeed, they must have been very angry indeed to have made it possible for him to be burned to death, let alone be the instrument of that death.

So, we can conclude that the people were angry with their king. Now, the question is, “Why?”

This was the 7th Century, after all, and the kingdom of Kent probably didn’t have an active democratic movement. Still, the people must have been feeling fed up with the contined dominance of Kent by Wessex, Mercia, Northumbria, and just about every other Anglo-Saxon kingdom. Kent, after all, was where the Christian conversion started. The great King Ethelbert made it known that he was converting to Christianity; slowly but surely, the other Saxon states followed. Kent was the home of Canterbury, famed place of the Archbishopric. Kent was the place where the legendary Hengist and Horsa had come ashore, ready to do battle to defend their hard-earned settlements in the time of Arthur. And yet, by the 7th Century, Kent was ruled by one overlord after another. So it very well could be that the people of Kent wanted their king to stand up for himself and for them and win back some territory or otherwise make himself a little more threatening to their Germanic brethren.

This theory is all well and good, but killing the king and 12 of his retinue seems hardly an appropriate way to get that king to do something else. However, such an act could have been a message to the king’s successor: Do what you’re told or you’ll get the same.

Another possibility is that King Mul was a very autocratic king indeed. He could very well have been the enemy of his own people, taking from them freedoms granted by previous rulers. He might very well have been a very unpopular monarch, ruling by the good graces of his brother, Caedwalla of nearby bad-boy Wessex, and, consequently, backed up Wessex’s army as well as Kent’#8217;s own army. Such a king could very well have been able to do whatever he wanted. After all, when you have the armies of two kingdoms at your fingertips, what’s a little thing like freedom for the common people?

This theory seems closer to the truth. A people dissatisfied with the harshness of treatment vented on them by their king would have had every reason to condemn him to death by fire; the burning of the 12 companions would, therefore, undoubtedly have been a necessary action, since to leave them alive would have been to invite more of the same kind of treatment that the killings were designed to prevent.

A third possibility is that the deaths were an accident. But the chronicler didn’t write them that way. Yes, the passage does not explicitly say that the killings were administered by the people doing the uprising; but we can probably safely surmise that the burning deaths were indeed that. And even though it could be argued that Caedwalla would have ravaged the kingdom anyway, even if his brother’s death were an accident, it seems more likely that he would have done so after the king was killed by his own people.

What really happened? We may never know. Records from this period in history are scarce. The Anglo-Saxon Chronicle sometimes produces as many questions as its answers.