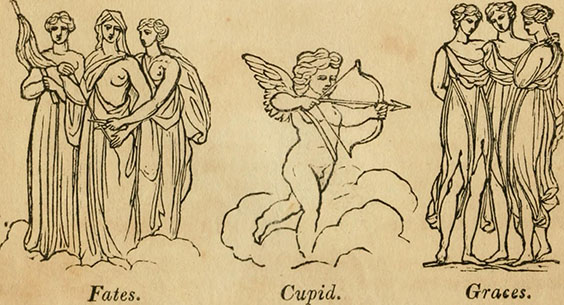 Significant geographical differences between the Egyptian and Mesopotamian civilizations affected popular religious development and views of an afterlife.

Religious belief, mankind’s relationship with a higher force – God or “the gods,” and the afterlife, has always been linked to geographic considerations. This is most evident in the ancient world and can be contrasted in Mesopotamian civilizations with Ancient Egypt. Since the gods controlled the natural world, disasters were often linked with the displeasure of the gods. This idea can be traced back to prehistory when nomadic groups relied upon positive life forces in nature to provide food and shelter.

Geography, Natural Disasters, and the God Force In Ancient History

Immediately after the calamitous effects of Hurricane Katrina in 2005, fundamentalist American preachers used the storm as a jeremiad to drive home the argument that God was displeased with New Orleans, the “sin city” that seemed to epitomize all that was wrong with America. These preachers might as well have lived in the ancient world.

In the Ancient Middle East, the two great, sustaining rivers, the Euphrates and the Tigris, frequently inundated civilizations built along the river banks. Unpredictable, the rivers added credibility to the many ancient “flood myths,” of which the Noah story in Genesis is but one example. When the gods were angry, the forces of nature responded with ferocious vengeance. It didn’t help that the region was barren with no stones or trees, an open, unprotected, arid land mass generally inhospitable to people living there.

The gods were perceived as capricious and uncaring. In the Gilgamesh Epic, the gods undermined the hero’s endeavors, reminding him that mortals can never attain deity. Even the afterlife was dismal: an eternal existence in darkness. Mesopotamian prayers beseeched the “known and unknown god” and asked why the gods gave no answers. The bleak existence in a vulnerable land paralleled the uncaring pantheon of gods.

In Egypt, however, religion was very positive. Osiris, perhaps the most popular god, represented the resurrection from death to life in the remarkable story of his rebirth after being murdered by his evil brother. Osiris presided over the afterlife and in death, all righteous Egyptians became Osiris.

But it was the Nile River that gave life to Egypt and remained for centuries the ultimate fact of life. The earliest gods grew out of this Nile miracle that once a year turned Egypt green. Egypt’s relationship with deity was positive because the gods protected Egypt and made the civilization prosperous. It was the gods, specifically Ptah, who formed Egypt out of a primordial mass into a civilization. And it was Osiris who took Egyptians from cannibalism, gave them the laws, and taught them to grow wheat and barley.

Spiritual Forces from Above Point to God in the Heavens

Until mankind fully understood the patterns of weather and climate, the forces of nature were attributed to other worldly machinations. In the Medieval period, priests took the Blessed Sacrament out of the church and held it up to the sky to ward off potentially devastating storms. The great Reformer, Martin Luther, made his decision to pursue religious life in the midst of a thunderstorm during which he almost lost his life.

The primitive view of nature and geographical forces affecting mankind can be traced back to the earliest days of Paleolithic development. Though refined over centuries, such views are still prevalent and many religious traditions teach an end of the world when the forces of nature would once again rebel. For the Ancient Egyptians, it was the return of the snake.