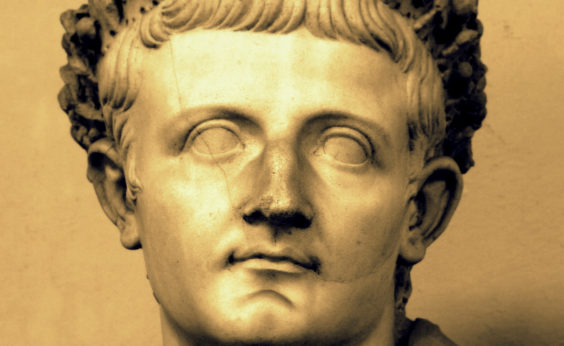 Tiberius had the unenviable position of being the successor of Augustus as emperor of Rome. He pales in comparison.

Even though he was an able administrator, clever military tactician and skilled diplomat, Tiberius loathed public administration, was reluctant to initiate military operations and accused more associates of treason than any other Roman emperor. Where Augustus was approachable, Tiberius was reclusive. Augustus enjoyed wielding power, Tiberius did not. Augustus was decisive, Tiberius, timid. While Augustus stayed in Rome to face all predicaments, Tiberius moved away.

At birth on November 16, 42 BC, he was given the same name as his patrician father, but the parent that would impact his future the most was his mother, Livia Drusilla. When Tiberius was four years old, his parents divorced and Livia married his father’s political enemy Octavian, the future Augustus.

Augustus Takes Tiberius Under His Wing

Octavian took a liking to the youth from the beginning and, even though there were others with better claims, prepared him to be his successor. So it was that by the time Tiberius was 17 years old he was an important Roman official in Cantabria. Five years later he went with the then emperor on a mission to Parthia. Augustus picked Tiberius to be governor of Gaul in 16 BC and three years later, at the age of 29, Tiberius became a consul for the first time.

Sometime around 12 BC Augustus convinced Tiberius to divorce his wife, Vispania, with whom Tiberius had one son, Drusus, and married his recently widowed daughter, Julia. It was a loveless, unhappy marriage that produced no off springs.

Then, Tiberius temperament and his mother’s relationship with Augustus almost derailed his path to power. Without any explanations, Tiberius withdrew from public life on 6BC. He moved to the island of Rhodes with some friend and divorced Julia. This caused no minor headaches for Augustus who now had problems naming a successor. Agrippa, the faithful general, son in law and Augustus’ original choice as his successor, had died in 12 BC. Gaius and Lucius Caesar, Augustus’ grandchildren, were too young to be involved in politics.

The in 2 A.D. Lucius Caesar died in Gaul and Livia persuaded Augustus to invite Tiberius back to Rome. The emperor however, would not allow Tiberius to be involved in politics. But on 4 A.D. Gaius Cesar died of a wound suffered in battle and Augustus had no other recourse than to fall back on Tiberius. The emperor adopted Tiberius and named him as heir. Augustus munificence came at a price, though. In order to insure than his blood relatives would one day regain the throne, Augustus required Tiberius to adopt Germanicus as his son and successor. Germanicus was the son of Tiberius’ brother, Drusus, and grandson of Mark Anthony and Octavia Minus, Augustus’’ sister.

For the next nine years, Tiberius’ power would grow. He was granted proconsular and tribunician powers and on 13 AD, the year before Augustus’’ death, he became the emperor’s equal.

Tiberius became Emperor or Rome in 14 AD when he was 55 years old. He faced his first emergency almost immediately when the mighty Danube and Rhine legions revolted over benefits promised by Augustus that have not been fulfilled. Tiberius managed to put down the uprising through diplomatic means.

As the years went by, intrigues over his succession, compounded by the death of Germanicus in 19 AD ands of his son Drusus in 23 AD; his depressive nature; fear of traitors; and general indecision on state matters, soured Tiberius.

Finally in 26 AD he moved to his vacation villa on the island of Capri, on the south side of the Gulf of Naples, to live the rest of his life. Tiberius left the everyday running of the empire to Lucius Aelius Sejanus the head of the Praetorian Guard. Even though Sejanus had already betrayed him in numerous occasions – including the seduction of the emperor’s daughter in law, Livilla -, he still had the total confidence of Tiberius. Sejanus would be the real power in the empire until the death of Tiberius.

The emperor’s indecision on all state matters continued to haunt him, even when it came to naming his heir. By then, only one of Germanicus sons, Gaius (Caligula) was alive. Tiberius left hi, and his own grandson, Gemellus a joint heirs. Tiberius favored the 24-year-old Caligula over his infant grandson. The move proved a death sentence for Gemellus who was murdered just a year after Caligula took power.

Historians disagree as to what kind of life Tiberius led in Capri. Some consider that the emperor and his household led a life of debauchery, while others suppose it was one of austerity.

Tiberius breathed his last on March 16, 37 AD. It is not know if he died of an age related illness or if he was murdered.