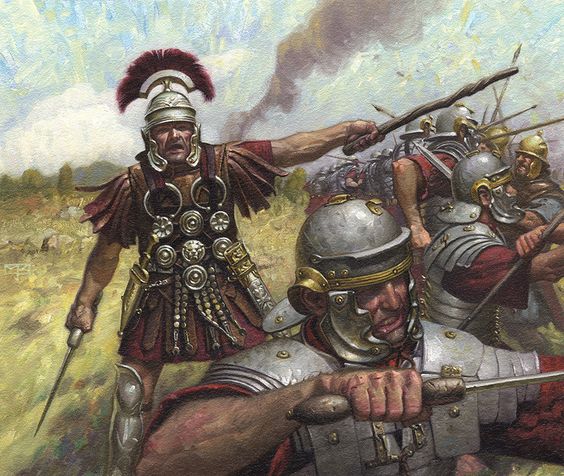 First, let’s take the legend of the disappearance in Caledonia. It is highly unlikely that such a crack unit of the Roman Army as the Legio IX Hispana would simply evaporate. The other part of this legend springs from the 1954 book The Eagle of the Ninth by Rosemary Sutcliff.

In the book, the Ninth marches into Scotland to put down a Pictish rebellion only to be annihilated. Romantic and heroic, but there is no evidence of such incursion ever taking place.

Then there is the myth that the whole unit was massacred by rebellious British tribes under the leadership of the warrior queen Boudicca.

It is true that Boudicca and her forces faced units of the Ninth at about 61 Ad in either Suffolk or Essex. It is accurate that the Romans were on their way to help the colonists at an urban center named Camulodunun and it is a fact that the Romans forces were smashed.

What isn’t true is that the Ninth was wiped out in the battle. The Britons did not face the full strength of the Ninth, which was composed of 5,000 to 6,000 troops. What the rebels fought was a task force with about half the strength of the Legion.

The task force was composed of only one infantry cohort of regular legionnaires and two of auxiliaries. Furthermore, the cavalry component only amounted to 500 horsemen.

While the full infantry was destroyed, the Ninth commander, Quintus Petillius Cerialis, who headed the task force too, and most of the cavalry escaped.

The Ninth Legion then was reinforced by troops from Germania and continued serving in Britain for about 50 more years.

It should be pointed out, however, that the battle near Camulodunun had serious repercussions in Rome

And it was one of the reason emperor Hadrian decided to built his famous wall between Scotland and England.

A Brief History of the Legio IX Hispana

There are accounts of Julius Caesar establishing a ninth legion during his wars in Gaul. But there is more that the Ninth was founded in Hispania by Pompei in 65 BC, a full seven years after the Caesar theory.

The Legion fought in Hispania, Gaul and Greece and in 43 AD almost certainly participated in the invasion of Britain.

Most of the Ninth remained in Britain until about 117 AD, for there is proof that some of its units participated in the rebuilding of a fortress near York.

It is very likely that shortly there-after, the Ninth was reassigned to Germania. From the transfer it story gets a bit confused, for there are many theories as to where the legion went and how it was finally disbanded.

For hundreds of years the “massacre of the Ninth Legion” has been used to foster British nationalism and pre-eminence. At the same time the truth suffered. There was no great victory over all powerful Rome by the smaller British bands. There was no massacre or destruction of a Legion.

Although the British have made major contributions to the world, the obliteration of a Roman legion is not one of them.