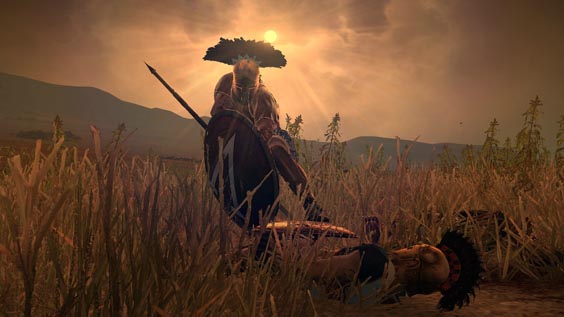 The Spartans were the powerful inhabitants of the southern Peloponnesus, a large peninsula in Southern Greece. Their power and prominence was most notable from the 6th century B.C. through the Classical Period, though they continued their famously disciplined existence through Roman times. Avidly regimented in their goals to achieve military supremacy, the Spartans were a closed-off society that trained their soldiers from birth, proving time and again just how formidable a military foe they could be, perfecting the hoplite phalanx military formation, and soundly crushing many foes, including the powerful Athenian army.

The Spartan army was known widely as the strongest in all of Greece. Before the rise of Athens, it was the most powerful Greek polis. Athens and Sparta were famous enemies, only calling a truce to fight as allies against the Persian army in the famous Persian War during the 5th century B.C. The reluctant allies were at odds soon after, though, and Sparta flexed its military muscle during the Peloponnesian War, where Athens was forced to surrender to them in 404 B.C.

Sparta was above anything else a military state. It kept itself closed off from the rest of the ancient world, both culturally and commercially. The Spartans chose to focus their interests on all things related to military training. The training was aggressive, thorough, and grueling. Spartan soldiers were expected to make the lifetime commitment for the good of the state, without protest. Spartan parents were expected to release their infant sons to the state for training for the good of the state, without protest.

When a Spartan mother gave birth to a son, his first test was to be bathed in wine. If he survived, his worthiness to be trained as a soldier was determined by the leaders. If he was deemed unacceptable, the infant was exposed on the hillsides of Mt. Taygetos. This was done to ensure that every Spartan soldier lived up to the high physical and mental ideals expected of him.

From birth to age 7, a Spartan boy was schooled at home in fighting his fears by a nurse. This nurse played a vital role in the development of the soldier. At age 7, the boys entered the Agoge, an arduous and strictly controlled process that included education, military training, hunting, sports, and social training. At this age, Spartan boys now lived in a communal setting (away from home) to which they were expected to pledge their full allegiance, even over their own families.

As another test of wills and strength, the Spartan boy was sent into the mountains at age 13, and expected to use his skills and instincts to survive. This rite of passage helped to further weed out the unfit as well as further strengthen the Spartan army. At age 20, military service began for the Spartan male, which was a lifetime commitment.

With no written laws or literature to go by, scholars know very little of the inner workings of the Spartan government, other than what is available in the works of Aristotle and other ancient scholars. We do know that the state was ruled by a set of co-kings, who controlled every aspect of the society. The Spartans, almost cult-like in their crusade to be the ideal military powerhouse, go down in the annals of ancient history as courageous and avidly disciplined, and were able to overcome some of the most insurmountable foes in the ancient world.