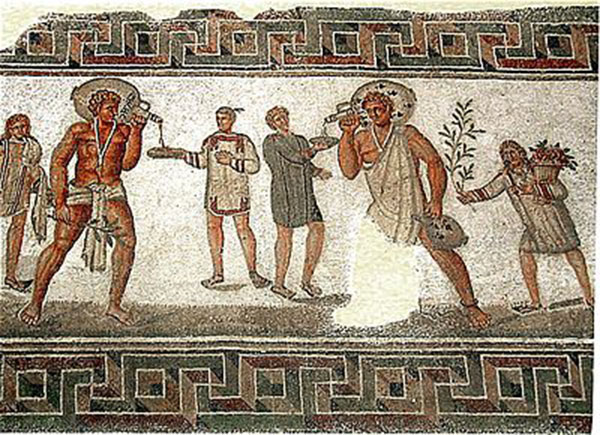 In order for students to develop a knowledge of the history of slavery in America, a solid foundational understanding of slavery can be helpful. The term “slave” held different meanings in different cultures. In ancient Egypt and Rome, slaves could be viewed as a social class, which people sometimes escaped though hard work, or joined though their own poor choices. Contrary to common belief, some slaves enjoyed relatively comfortable lives and took on roles such as family tutor in addition to the stereotypical slave laborer. Slavery in the more modern context of the early United States became an issue linked with racial conflict and bigotry, in a role more closely resembling a series of prison labor camps.

The first and probably most important point to convey during a lesson on ancient Egyptian slavery is that the slave was more of a social class than an occupation of forced labor. A particularly interesting way to illustrate that fact for students is to explore the role of free born Egyptian temple volunteers, who would in essence pay for the right to be a slave in service to a particular Egyptian god or temple of their choosing. Due in part to popular media portrayals of Egyptian slavery, such as the film based on the Bible called “The Ten Commandments,” some students may have an erroneous idea that the great pyramids were built entirely by slave labor. The reality of the matter is that due to the inundation cycle of the Nile riverbank, the growing season for farmers was a short one. The idle population jumped at the chance for some sort of gainful work in the off season, and so the pyramid construction projects were staffed by and large by free men, who likely took pay for their time or were given credit against taxes. There were a number of ways to become an Egyptian slave: volunteer, be taken as a prisoner of war, be forced to work to earn your keep, and even to be born into the slave class.

A lesson in slavery in ancient Rome should first start with a look at Roman style agriculture. The Romans, and on a smaller scale the ancient Greeks, started an estate style of living that established what would be considered the normal serf to aristocrat/landlord relationship that would remain the backbone of organized agriculture in the western world. until such events as the implementation of the Magna Carta and the French revolution. The slaves of an estate would labor in the fields while the landlord would attend to management matters. Some students may not find the history of agriculture as it relates to Roman slavery particularly interesting, but virtually any student will take an interest in the history of the most famous Roman slaves, the gladiators. Gladiators fought and died in brutal gladiatorial arenas like the famous Colosseum of Rome, and in similar though smaller provincial venues. While many died in obscurity, some, though still slaves, enjoyed a sort of celebrity status and were much loved by their fans, who would turn up en mass to watch their fights. Being a slave in ancient Rome was by no means pleasant, but most slaves were cared for as valuable assets, and were sometimes even granted their freedom for years of steady service.

Slavery in the Early United States

Working conditions on the southern plantations where slaves toiled in the fields were deplorable. Most of these slaves were captured African civilians and their descendants. While some slaves were treated with respect and were well looked after in the ancient world, very few were truly cared for in the American form of slavery. Perhaps most disturbing is the fact that unlike in Rome and Ancient Egypt, where a slave could be of any race or religion, slavery in early America was almost entirely populated by those of African ethnic origins. There was little chance for a freed slave to remain free or have a chance at a normal life, and so for this and other reasons, the north went to war with the south during the presidency of Abraham Lincoln. He would go on to abolish slavery in America, setting a precedent that would resonate far beyond American borders.