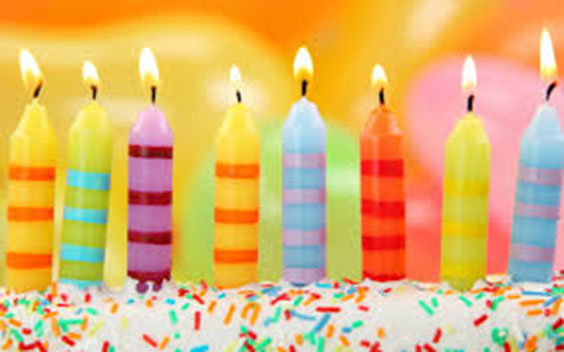 It is common to celebrate the day of our birth. Children especially look forward to getting older because they know a party is often in the works or at least a cake. Ancient Western tradition was completely different than what we do now.

In olden time, children’s birthdays were never celebrated nor were women’s. In Egypt and even later in Babylonia dates of birth were only recorded for male children of royalty. Birthday parties were unheard of for the lower classes and only the high-ranking nobleman even recognized the day.

The first celebration in recorded history is in 3000 B.C. and was for the early pharaohs of Egypt. When a party was given for royalty the celebration involved servants, slaves and even freedmen were allowed to participate, many times prisoners were even released from jail for the day.

History does document two female birthdays. Plutarch, a Greek biographer and essayist, noted that Cleopatra IV threw an enormous party for her lover, Mark Anthony, in which the guest also received gifts. On a macabre note, an earlier Egyptian Cleopatra, Cleopatra II received from her husband one of the most gruesome gifts ever noted. Ptolemy her husband and brother slaughtered and dismembered their son and presented it as a birthday gift.

Phiochorus and the Worshipers of Artemis

The Greeks soon adopted the idea of celebrating the date of one’s birth from the Egyptians and added the custom of a sweet cake as part of this event. Philochorus, a writer of the time, wrote that the worshipers of Artemis, the goddess of the moon and the hunt, had a big cake on her birthday on the sixth of each month. There is also evidence that the cake contained lighted candles to signify the goddess’s earthward radiance.

All of the festivities cease with the rise of Christianity. The world was deemed a harsh and cruel place for infants who entered the world with the original sin of Adam. Birth was not considered something to celebrate. In the beginning of early Christianity, it was the day of death that was considered important and worthy of honoring. Christian references from this time to birthdays as clarified by Church historian, Peter Chrysologus, not as the day of birth, but as the day they went to live with the Lord. Many of the early church fathers preached against celebrating birthdays because they felt it was a pagan ritual.

The church began to change its opinion in the fourth century when the debate started on the birth of Christ. This date was settled and became Christmas. So it was the celebration of Christ’s birthday that made the Western world realizes the importance of birthdays.

By the twelfth century, birthdays of women as well as children were being recorded. Parties were organized and gifts awarded on this special day. It wasn’t too long after this that birthday cakes reemerged with candles to announce the age of the honoree.