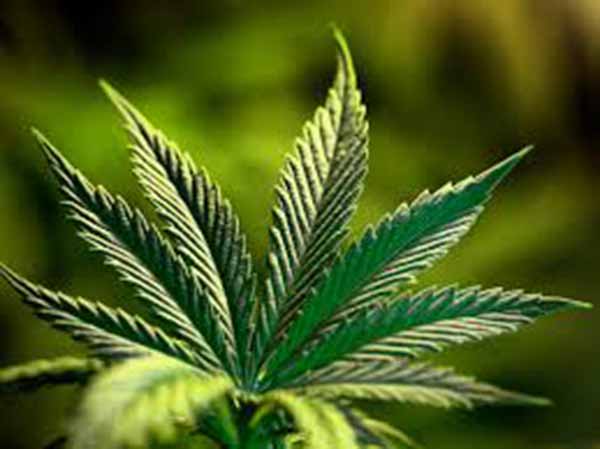 Marijuana, in historical actuality a racially pejorative word for the plants known as cannabis sativa or cannabis indica, remains illegal in the USA.

The early twentieth century in the United States engendered an era of great scrutiny and moralism when facing issues of recreational drug use, as is commonly known and best understood with the introduction of the prohibition of alcohol under the Volstead Act of 1920. While temperance leagues formed and marched through the streets, demanding the removal of all the “demon drink” from store shelves and from society in general, the prohibition of marijuana had actually already begun, in part. In the 1910’s, cannabis had already begun to be a more political issue, based as it was on racially prejudiced foundations and a further framework of outright lies and exaggeration.

While America stood facing the simultaneous threat of morphine addiction (oft-times referred to as the “soldier’s disease” for reasons that should be quite obvious) as well as growing addiction rates to opium and heroin, it was clear that some sort of drug policy would have to come into effect to deal with what was sure to be a growing concern and public health issue. The Treasury Board was put in charge of crafting a solution to this emergency in 1930, and the Federal Bureau of Narcotics – led by evangelical Christian Harry J. Anslinger – was born.

Anslinger brought the fire and brimstone from the pulpit to the field of propaganda, producing vitriolic and entirely polemical works of fiction that his Bureau would later cite as absolute, stone cold Truth. The most famous (and in today’s culture, most comedic) of Anslinger’s works include Devil’s Harvest, Marijuana: Weed with Roots in Hell, and the infamous Reefer Madness.

In articles on ‘Marihuana: Assassin of Youth’ and ‘Marihuana as a Developer of Criminals; Exposing the Marihuana Drug Evil in Swing Bands,’ Anslinger argued that pot users, notably jazz musicians, eventually became homicidal, suicidal, and insane. He claimed that Mexicans’ and blacks’ pot-incited promiscuity threatened the nation’s stability… He hoped to make reefer so terrifying that young people would fear trying it, perhaps learning to fear non-Caucasians as well… Anslinger’s appeal to racism was unabashed.

Under the guise of scientific fact, his Bureau of Narcotics reported fictional stories about ‘colored students’ at the University of Minnesota partying with white female students, smoking pot, and eliciting coeds’ sympathy with stories of racism. His bureau reported that two ‘Negroes’ took a white fourteen year-old girl and kept her for two days in a hut under the influence of marijuana. Upon recovery, she was found to be ‘suffering from syphilis’… Anslinger’s arguments regularly linked marijuana to unwelcome minorities. He wrote of ‘ginger-coloured niggers’ using pot, an ethnic evil he viewed ‘as hellish as heroin.’ He told Congress that half the country’s crime stemmed from ‘Mexicans, Latin Americans, Filipinos, Negroes, and Greeks’ whose civic aberrations flowed directly from marijuana use.

Anslinger as Lead Propagandist for the Federal Bureau of Narcotics

Anslinger was, in Roland Barthes’ terms, a true mythmaker.

He drew fictitious, base, and politically motivated connections and connotations between cannabis and death, between weed and “ginger-coloured niggers”, between marijuana and degeneracy, addiction, and madness.

His motivations quite clearly bend toward the marginalization and demonization of ethnic minorities in tandem with a fabricated portrait of cannabis use – connecting two social undesirables together in order to further relegate them into the realm of the cultural Other. It worked.

In Anslinger’s testimony during the hearings surrounding the Marihuana Tax Act of 1937, this angle could not be made any plainer (as evidenced by the quotation from the hearings surrounding this act opening the subsection). A long tour of duty across the nation had proven quite fruitful in instilling a fear of the “killer weed” not only amongst congressmen and other elected representatives, but had also begun to influence public attitudes towards the practice of recreational cannabis use. Reefer Madness was very effective in imprinting its message (as flatly wrong and as hyperbolic as those messages may have been) on impressionable minds while many Americans remained ignorant as to the true effects and feelings associated with marijuana use.

Harry Anslinger ignored both the Indian Hemp Drugs Commission Study (1933) and the LaGuardia Commission (1944); Nixon would be infuriated by the findings of his own National Commission on Marihuana and Drug Abuse (ie. Shafer Commission, 1972) and Reagan’s “Just Say No” campaign would do nothing more but incarcerate a larger percentage of Americans than ever before, strip individuals of even more privacy and individual liberties, and spend more money on law enforcement and incarcerations of perpetrators of a victimless crime.

Despite all major academic and scientific committees reporting that cannabis was a largely benign and, in many cases, medicinal substance (the Le Dain Commission, the LaGuardia Commission, Nixon’s Shafer Commission, and even the most recent Canadian Senate Report of 2002) – popular public opinion and culture appeared to be influenced more by political bluster rather than by dry, formal commissioned reports.

Much to the chagrin of many right-wing lawmakers, the continued prohibition of cannabis is suffering major defeat after major defeat at the polls in recent years as North Americans progressively favour more just and equitable solutions.