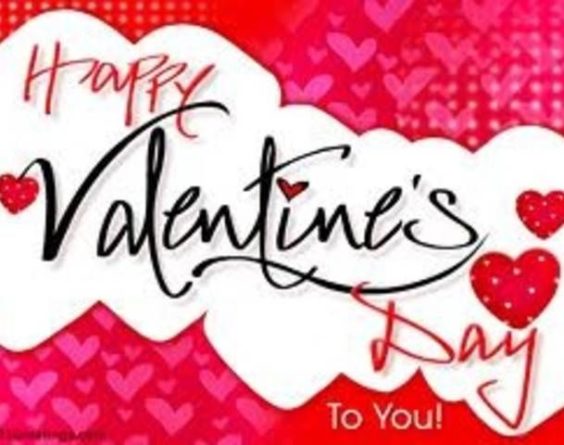 Everyone from all walks of life is entitled to their own opinions on life, love and Valentine’s day.

Albert Einstein took a different viewpoint on his theory of relativity when he said, “Gravitation is not responsible for people falling in love.” One of his colleagues, Buckminster Fuller theorized, “Love is metaphysical gravity.”

Aerosmith took a more physical take on love and its consequences: “Falling in love is so hard on the knees.”

Hawkeye Pierce in M*A*S*H put it this way: “Without love, what are we worth? Eighty-nine cents! Eighty-nine cents worth of chemicals walking around lonely.” At today’s inflation rate and in this economy, the going rate may be about $1.17.

Valentine cards make it easier for some people to express themselves. Stephen King suggested, “The most important things are the hardest to say, because words diminish them.” Another famous writer, William Shakespeare, described love and romance this way, “Love is a smoke made with the fume of sighs.”

Commercial valentine cards were introduced in the US during the 1800’s. According to the Greeting Card Association, which estimates that one billion valentine cards are sent each year, it is second only to Christmas where an annual estimated 2.6 billion cards travel through the mail. The post office of Loveland, Colorado does a booming business every year around February 14.

The holiday is especially popular in the US, Canada, Mexico, the UK, France and Australia, where 85 percent of all the cards are purchased and sent by women.

The origins of Valentine’s day date back almost three thousand years to ancient Rome and the pagan festival of the Lupercalia. The festival celebrated the she-wolf who suckled the abandoned twins, Romulus and Remus, in a sacred cave on Palantine Hill. Every year on February 15th, the Ides of February, the Luperci priests and the Vestal virgins honored the god of fertility, Lupercus, by eating sacred cakes and sacrificing a dog and a goat at the site. Afterwards, the priests ran through the city streets holding the goat skin high above their heads and touching everyone they met. Young women ran with them, touching the skins so that they would be blessed with fertility and ease in childbirth.

Later the church tried to “christianize” the pagan Lupercalia festival by proclaiming Valentine’s day as a remembrance of the beginning of spring, fertility and purification. The ancients ritually cleaned their houses in the spring with sweeping and then sprinkling salt through out the rooms.

The Catholic church recognizes three different saints named Valentine, who were martyred during the early history of the church. One legend from about 300 CE, contends that Emperor Claudius II outlawed marriage for young men, on the grounds that single men made better soldiers for the Roman Empire. Valentine was a martyred priest who performed secret marriages for young lovers during that time.

Other Valentine saints are said to have helped Christians escape from Roman prisons, but one martyred Valentine saint supposedly sent the first “Valentine” greeting himself to his young lover, who secretly visited him. He signed his letter “from your Valentine.” He was executed the following day.

Some records claim that Valentine’s day celebrates the anniversary of Valentine’s death or burial, which probably occurred around 270 CE. After searching for a suitable martyred saint to replace the Roman god Lupercus, Pope Gelasius officially proclaimed February 14th as St. Valentine’s Day in 496 CE.

It was not until the 15th century that Valentine’s Day became associated with romantic love. In 1415, Charles, the Duke of Orleans was incarcerated as a prisoner of war. He was confined in the Tower of London after the Battle of Agincourt. But that did not stop him from sending love “valentines” to his wife in France during his imprisonment.

Medieval traditions for Valentine’s Day in Wales included carving wooden love spoons, hearts, and keys and giving them as gifts. Sometimes lovers wrote the names of their lovers on a piece of paper and wore them on their sleeves for a week. Today, that sentiment usually means that wearing your heart on your sleeve makes it easy for other people to know your feelings.

Sometimes a young man might give his lady a gift of clothing, and if she kept it, she was willing to marry him.

Find a dandelion that has seeded out. Take a deep breath and blow the seeds away. Then count the remaining seeds to find out how many children you will have.

Love seats with two sections allowed a courting couple to sit together, yet not get too close.

A more recent custom came from back in the 1960s-70s, when Volkswagen beetles were popular. Girls would watch for the cars and once they spotted a red VW, the next young man she saw would be her husband.

The name “cupid” comes from the Latin “cupido” which means desire. In Roman mythology, he is the son of Venus, the goddess of love. Eros, the god of love, is his counterpart in Greek mythology. Now we are familiar with the little winged angel who carries a bow and shoots arrows. He shoots lovers so that they will fall in love.

One anonymous writer commented: “I don’t understand why Cupid was chosen to represent Valentine’s Day. When I think about romance, the last thing on my mind is a short, chubby toddler coming at me with a weapon.”

In addition to lacy cards with hearts, flowers and candy–especially chocolate–has come to express romance and love. Charlie Brown from the Peanuts comic strip often watched the mail box in vain, hoping that the little red-headed girl would send him a Valentine’s Day card. However he never did get one, but he never gave up. “All you need is love. But a little chocolate now and then doesn’t hurt.”

Even Ted Geisel (Dr. Seuss) had an opinion about love, “You know you’re in love when you can’t fall asleep because reality is finally better than your dreams.”

We all hope that we will find the love that lasts a lifetime. If we cannot find it, most of us just keep on looking. An optimistic Eva Gabor once said, “Love is a game that two can play and both win.”