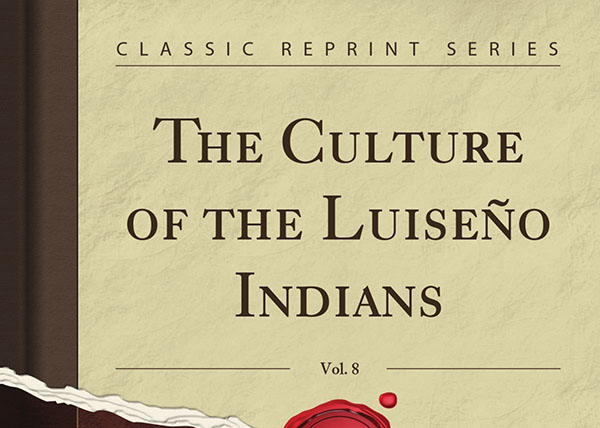 Orange County, California and Herefordshire in England appear to have little in common; but the two places are linked by the memory of a remarkable Edwardian man who was apparently murdered by Native American Indians.

The name of Philip Stedman Sparkman has long been a hallowed name at the University of California, because of his landmark work, The Culture of the Luiseno Indians.

But Stedman Sparkman was an Englishman, not an American: and the scholar’s great niece, Mrs Ann Bennion, still lives in Ledbury, in the English Midlands. Although she never met him, Mrs Bennion treasures the family memories and heirlooms that are linked to her famous great uncle.

Stedman Sparkman was born to a wealthy family at Brook House, Little Marcle in 1856. But the “New World” was to call to Stedman Sparkman and he emigrated to North America in 1875, when he was nineteen. At some point afterwards he developed a fascination with the Luiseno Indians and began to collect artefacts and records of the tribe’s marriage customs, property concepts, religious belief, ceremonies and legends.

The University of California

After Stedman Sparkman’s murder in 1907, the papers were passed on to the University of California and they were published as a book the following year. This is all the more remarkable, given that the author was not an academic but a Wild West storekeeper who traded with Native American Indians on a day to day basis, at a spot called Rincon.

Shortly before Stedman Sparkman’s untimely death at the age of 51, he returned to England for a brief visit and he left behind authentic Luiseno artefacts. One of them is a lovely bowl of dyed woven reeds, now in the possession of Mrs Bennion. She said: “My mother used it as a sewing basket for years and years!”

There is no doubt that Stedman Sparkman viewed the Luiseno Indians with the greatest fascination and respect, which made his death all the more unforeseen.

The San Diego Union of May 1907, when reporting the murder observed: “The Indians of Rincon are peaceful and industrious and were very friendly with the deceased.” But the newspaper also stated: “It was simply a dastardly murder committed with the intention of securing loot.”

This seems less than certain to modern eyes because, as the San Diego Union pointed out, “Just why the cash in the store, amounting to $240 was not taken was hard to explain.” The newspaper also mentioned that $75 worth of gold had also been left behind. However, murder was certainly intended.

A young Native Indian boy found Stedman Sparkman in the yard “with his throat cut and his back riddled with shot from a shotgun”. Whoever had wielded the blade almost succeeded in severing the storekeeper’s head from his body.

Members of the Luiseno Indians were blamed, but nobody was convicted. Again, from this distance, it is hard to see why the finger of blame was pointed at the tribe. If members of the Luiseno had known that Stedman Sparkman had been so brutally murdered, it is likely that the elders would have allowed a young child to go to his store with a basket of eggs?

Whatever the truth, there is no doubt that the murdered man’s legacy was a greater understanding of the Luiseno and an invaluable record of a Wild West that was already fading into legend.