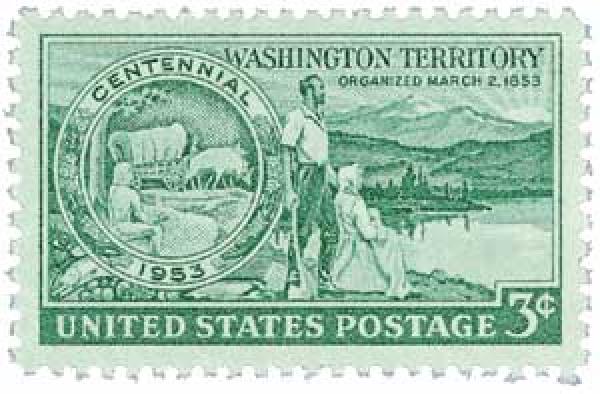 Like Oregon, the origins of the states of Idaho, Washington and Montana was indeed interesting.

On February 8, 1853, Washington Territory was formed originally from the Oregon Territory north of both the lower Columbia River (named after the ship Columbia Rediviva) and after the 46th parallel which is situated east of Columbia. A bill was drafted to name the area “Columbia Territory” which was in competition with also naming it after the famous United States President George Washington. That was proposed by Kentucky Democrat Congressman Richard H. Stanton (1812-1891).

The Columbia River was named after the famous privately owned sloop the Columbia Rediviva under Captain Robert Gray (1755-1906). This prominent sailor was best known for pioneering the fur trade located within the Pacific Northwest. He also was commissioned as a captain in the Continental Navy during the Revolutionary War and was also involved in the importation of Black African slaves. From the periods of 1787-1790, he would also circumnavigate the world, being the first American to do so. This was all in the name of a trading business enterprise which started out from Boston, Massachusetts along with Captain John Kendrick (1740?-1794) who was also an explorer of the Pacific Northwest.

Former Union Major General Isaac Stevens (1818 – 1862) was the first territorial governor of the Washington Territory. He would leave in order to join the Union in the American Civil War. General Stevens was killed in the Battle of Chantilly on September 1, 1862.