This is a vast area stretching westward from the Mississippi and Missouri Rivers to the foothills of the Rocky Mountains. Here you can experience St. Louis, Missouri’s birth as a trading post in the wilderness. From there you can travel up the Missouri River with Lewis and Clark as well as other explorers.

Before Zebulon Pike, Manuel Lisa, and later John Charles Fremont with Kit Carson at his side began to discover and record the wonders of this bountiful and lonely land it was far from empty. Here was the home of the buffalo, the wolf, and prairie dog. They lived in a harmony of survival with their brothers the Wichita, Pawnee, Kansa, and the Osage people who were later joined by the Cheyenne, Arapaho, and Comanches. Some of the first white men on the plains were missionaries who, like all creatures, brought both good and bad to the plains.

Homesteaders built sod houses and raised their crops and children in this wind-blown, wildflower scented world where prairie fires killed, grasshoppers devoured, and crops grew taller and more abundant than could ever be dreamed.

Here, from the earth of the prairie, grew broad expanses of grasses that fed the buffalo until hide hunters nearly depleted them. Then those same grasses fattened longhorns being driven northward from Texas to the wild and lawless cow towns and railheads in Kansas and Missouri. These towns drew not only cowboys but gamblers, outlaws with lawmen on their trails, and “soiled doves” to the rows of saloons that lined the streets in such places as Abilene, Dodge City, and Sedalia. 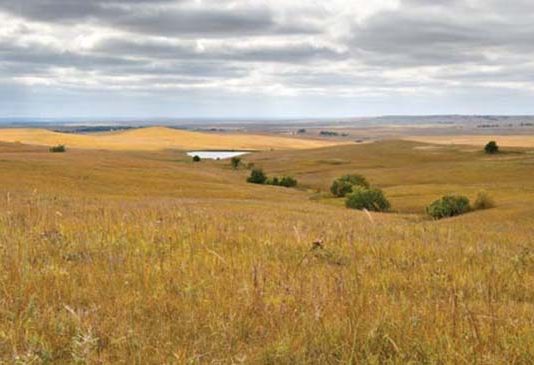 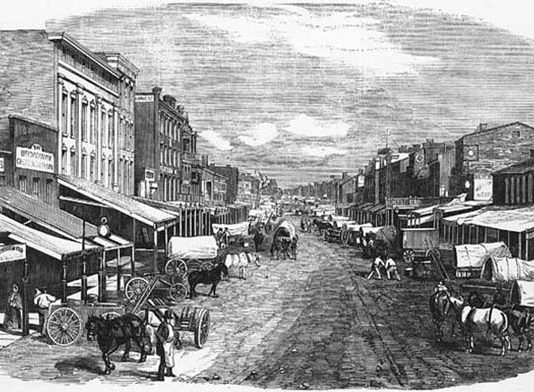 Forts of the West

The Great American Plains WH - May 21, 2017
0
Until the mid-1840s about the only protection for westward bound travelers was Fort Leavenworth in present-day Kansas. Leavenworth’s major function, at that time, was...

The Great American Plains WH - May 21, 2017
0
Over the prairie they came roaring. Their weapons were held aloft in clutched fists above their shaggy heads. Their war whoops filled the alkali...

The Great American Plains WH - May 21, 2017
0
What does a party of missionaries, three Nez Perce, an English nobleman, a scraggly bunch of mountain men, and 5,000 buffalo have in common? The...

The Great American Plains WH - May 21, 2017
0
At last it was time for the Whitmans and Spaldings to leave Elizas decaying city of St. Louis. Now it was up the Missouri...

The Great American Plains WH - May 21, 2017
0
Doctor Marcus Whitman and Narcissa Prentiss were married in February of 1836. That Narcissa was considered bordering on old maidenhood no longer mattered and...

The Great American Plains WH - May 21, 2017
0
Narcissa Prentiss remained at home, waiting to see what the future would bring. Shed had her chance. Perhaps she could have married Henry Spalding...

The Great American Plains WH - May 21, 2017
0
Narcissa Prentiss continues to uphold her desire to bring Christianity and salvation to the Indians in that nearly unknown land in the Far West....