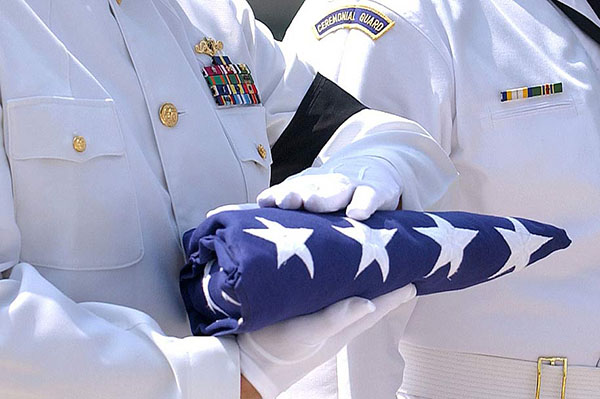 American has fought 12 major wars and military engagements. How many soldiers died in these battles? The number is staggering.

The Constitution of the United States of America was adopted on September 17, 1787. Since that time, Americans have fought in 12 major wars and military engagements. Here are the battles in which these men and women fought and the number who died.

American Casualties in the War of 1812

The War of 1812 was sandwiched in between the American Revolutionary War and the Civil War. It began for a number of reasons, not the least of which was British interference with American trade and Britain’s illegal confiscation of American seaman into the British navy. In the three years this war lasted, approximately 2250 American soldiers were killed.

Americans Dead in the Mexican War

The Mexican War lasted for two years, from 1846 to 1848 and took approximately 13,280 American lives. At its end, the United States acquired California, Nevada and Utah and parts of Arizona, New Mexico, Colorado and Wyoming. Mexico also gave up all rights to Texas, which had been annexed by the United States before the war.

Number of Soldiers Killed in the U.S. Civil War

The Indian Wars were ongoing during the Civil War and lasted until 1898. The fighting was so savage that this war has been called an “American Holocaust” by some historians. The U.S. Army soldiers were fighting to protect settlers from attack and for what they thought was a God-given right, called “Manifest Destiny,” to expand throughout the entire country. Approximately 1,000 of these men were killed in action.

The Spanish-American War, from 1898-1901, was undertaken by the American government to protect its financial interests in Cuba and by American soldiers to help rescue the Cuban people. Thousands of Cubans had been fighting a guerilla war against their Spanish rulers, and entire towns had been forced into concentration camps.In this war, approximately 2,500 career and volunteer soldiers gave their lives for freedom.

The Philippine–American War, also begun in 1898, lasted until 1913 and took the lives of approximately 4,000 Americans. This was a war against the U.S. annexation of the Philippines, which had taken place at the end of the Spanish-American war. It was a vicious war, and many American soldiers wrote letters home detailing atrocities by U.S. forces against Filipino soldier and civilians.

America entered World War I in 1917, three years after it had begun. A draft was instituted to increase the army from a mere 200,000 soldiers to 4 million. For a period of time, 10,000 soldiers were being sent to Europe each day. Each soldier had to be trained, outfitted, armed, fed, transported, commanded, cared for and accounted for. The soldiers fought successfully with—and against–some of the world’s best armies. By 1918 at the end of the war, 116,500 of them had died.

World War II is known as the most deadly war in history. Seventy million people perished between 1941 and 1945 in WWII, including the Jews killed in the Holocaust in Germany and the Japanese killed when America dropped atomic bombs on Hiroshima and Nagasaki. Approximately 405,400 Americans were killed in this war.

American Deaths in the Korean War and the Vietnam War

Approximately 36,500 Americans died in the Korean War, which lasted from 1950 to 1953. In this war, Americans faced what historians have declared was the most intense small-unit fighting ever experienced by American soldiers.

Approximately 58,200 U.S. soldiers were killed in the Vietnam War from 1959 to 1975. America lost this war, and the soldiers who came home from it came home to a divided country. One faction blamed the soldiers for having lost the war, while the other faction spit on them (sometimes literally) for having gone to war.

Approximately 5,880 American soldiers have died in recent wars. In the Persian Gulf War, 380 died from 1990 to 1991. Approximately 5,500 more have died in the ongoing Global War on Terror, including those who gave their lives during Operation Iraqi Freedom and Operation Enduring Freedom in Afghanistan.

“Home of the American Civil War: The Price in Blood—Casualties in the Civil War” by Dick Weeks