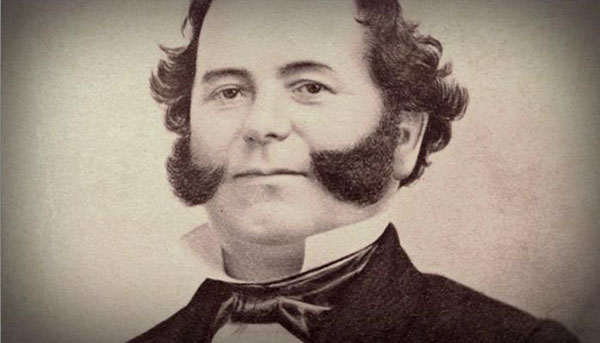 Juan Seguín and Mariano Vallejo embodied the plight of the American-born descendants of Mexicans during the western expansion of the United States.

While both men were born when their territories were not presided over by Washington, they supported the incorporation of their homelands into the United States. For that, they got the eternal enmity of the Anglo settlers who moved into their territories.

Juan Nepomuceno Seguín was born in San Antonio on October 27, 1806. He was elected as a city alderman (council member) at the age of 22 and alcalde (mayor) at 27.

Seguín joined the Texas Revolution of 1835 and was commissioned as a captain. In February the following year, he entered the Alamo, with James Bowie, Davy Crockett, William Travis and the others. Seguín survived because just a few days before the final assault, he was sent to find reinforcements.

However, he led the only Tejano (Spanish surnamed Texans) unit at the Battle of San Jacinto, was appointed military commander of San Antonio and at the end of 1837 became the lone Tejano in the Texas senate.

After resigning his Senate seat, Seguín again became mayor of San Antonio in 1840. But personal problems and clashes with Anglo squatters forced him to resign. His deficient use of English did not endear him to the new population, either. Escaping to Mexico, he lived there for the next six years.

He was hardly welcome in Mexico and was given the choice between imprisonment and serving in the Army. Under such duress, he led a Mexican unit during the Mexican War, but once the hostilities were over, returned to Texas.

Back in the U.S., Seguín got into politics again, serving in various local and regional positions. Due to his business deals in Mexico, he moved to Nuevo Laredo, where he died on August 27, 1890.

Seguín’s remains would not be back in Texas until 1974. He was later buried on July 4, 1976 in a town named in his honor within the San Antonio metropolitan area.

Mariano Guadalupe Vallejo was the scion of a well-to-do Californio (native Californian of Spanish or Mexican descend) family of Monterey. He was born in either July 5 or 7, 1807 or maybe even a year later; different sources disagree as to the exact date.

He joined the Mexican army at 15 and eventually became the head of the San Francisco presidio or garrison.

Highly educated and liberal, he was excommunicated at age 23 for holding on to books banned by the Catholic Church. Vallejo advocated separation of church and state and constitutional limits to government. He, like most other Mexican liberals, saw the government of the United States as the model to emulate. In addition, he considered the incorporation of California into the Union as a state.

Vallejo however was appalled by the action of the Anglo-Americans who staged the Bear Flag Revolt of 1846 whom he considered a thong of villains.

And he had reasons. During the revolt, his house was invaded and the rebels proceeded to get drunk. Later on, Vallejo, his brother, secretary and a brother in law were arrested. At first they were treated kindly, but under orders from John C. Fremons, who commanded U.S. troops in the region during the Mexican War, the behavior of the jailers hardened. Vallejo became ill with malaria and when finally released, he weighted only 96 pounds.

Back at his home, and in spite of his ill treatment, Vallejo was convinced that California would be better off as part of the United States, consequently he burned his Mexican uniform and pledged alliance to Washington.

Vallejo proceeded to convince other prosperous Californios to recognize American control, served on California’s Constitutional Convention and was elected to the State Senate.

But Vallejo’s life was about to change again, for the worse. Moneyed Americans challenged the land grants under which individuals like Vallejo owned their ranches. Even though the Treaty of Guadalupe Hidalgo protected the Californios rights to their properties, such measure was largely ignored. Like many of his neighbors, Vallejo went bankrupt; his money spent on legal fees.

Near poverty, Vallejo died on January 18, 1890 in what once had been his vast hacienda near Sonoma.