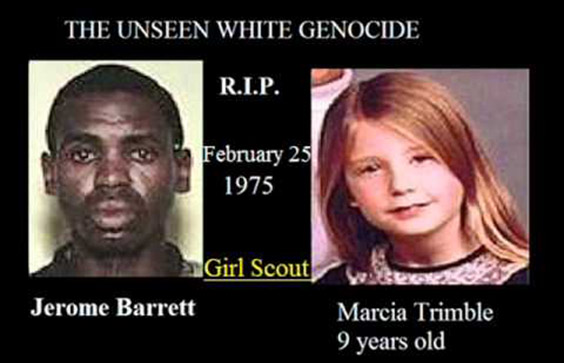 Marcia Trimble lived with her parents in an affluent Green Hills neighborhood approximately 10 miles south of Nashville. On Easter Sunday, thirty-three days after her disappearance, a neighbor discovered her body in a shed only 150 yards behind her home. The body was covered with a plastic shower curtain and Girl Scout cookies where scattered around her body. There were lacerations on her head and abrasions around her neck. The left side of her face was bloody. Semen was present in the vagina and there was some question as to whether she had been raped because her hymen was still intact.

The police swore that the body was not there during the initial search. However the coroner stated, “Every indication forensically is that she was in the garage for 33 days.” Her murder left Nashville traumatized from too many unanswered questions.

Effects of the Murder

Nashville had moved on past the tragedies of the 1960s and early 70s–the Viet Nam war, Civil Rights, the assassinations of John F. Kennedy, Martin Luther King, and Robert Kennedy, as well as Watergate and the Nixon resignation. Although somewhat shaken, the residents took it in stride and moved on; after all, these things did not happen in Nashville. The events were always happening somewhere else.

But the Marcia Trimble murder was an up-close and personal in-your-face crime, which brutally tore away the city’s innocence. The old Nashville was now dead, and the new Nashville might be a terrifying thing. The murder caused the residents to change their daily living habits and look over their shoulders and all around for possible dangers to themselves and their children. Safety had fled from the city, and each man, woman and child realized that if a horrific crime had stolen the life of a little girl, it could happen to anyone. And the murderer was still out there, somewhere.

Within four years after the murder, no one had been charged and more than half of the 22 families living in the immediate vicinity of the Trimble home had moved away according to the local newspaper, The Tennessean. Many of the neighborhood children suffered a blight that drained away their ambition and their joy of life itself. They had to grow up too fast. The world looked much darker and more dangerous for them now. The children just gave up, lost their dreams and couldn’t cope very well with life. Some either lost the desire to go on to college or flunked out. Many ended up living in a mental institution or pumping gas. Several never left the safety of their childhood homes and remained there with their parents.

Marcia was a typical fourth-grader. She giggled and played with friends, and she was smart and well behaved at school. She liked roller skating and watching Little House on the Prairie. Her favorite singer was Donny Osmond.

When a beloved child dies or worse–is murdered, marriages may not survive the stress, family members may develop serious health and mental problems and may suffer from premature death.

Virginia and Charles Trimble kept their hopes up that their daughter was still alive. When they learned that the body had been located, they were devastated and they couldn’t bear to see the corpse. While Charles openly cried, Virginia was an eccentric woman who proved to be extremely stoic and serene as the details of the crime were revealed. She appeared cold and indifferent. Some thought that she might have been the murderer, herself. Death threats appeared in her mail box. The police warned her to watch for any pipe bombs delivered to the house.

When Oprah Winfrey, who was working for a local television station, came to the Trimble home requesting an interview, the Trimbles sent her away. They just couldn’t talk about it. At least, not then. Maybe never. However friends, relatives and neighbors came to Virginia’s defense and related that she had become a born-again Christian two years earlier. Virginia commented, “God has not given me the spirit of fear but the spirit of power.”

After 27 years of marriage, in 1989 Charles Trimble filed for divorce from Virginia. He had suffered the unbearable emotional pain and stress for 14 years after Marcia’s murder. Now he wanted to live alone. To get away from the house. Perhaps he, most of all, wanted to get away from his memories of Marcia which now haunted the house. But three days after the divorce was finalized, he died of lung and liver cancer.

The Metro Police did not want the public to suspect that they had bungled the case or misinterpreted whatever evidence was available. The DNA testing method was not available at that time in the 70s and would not come into play until the 90s.

In 1979, they fingered a likely suspect, a 15-year-old neighbor boy named Jay Womack and charged him with the murder. The police did not have any evidence to back it up, but public pressure insisted that they needed to charge someone, and Womack appeared to be a logical candidate.

Womack had been spotted with Marcia Trimble earlier on the day she died. When he passed two polygraph tests, the prosecutors dropped the charges because of lack of evidence. However Womack lived most of his life under the shadow of the Trimble murder, even though he was proven innocent.

For the next three decades, the case was on hold as it grew colder and colder.

Jerome Sydney Barrett was arrested in March for this crime. He was in jail on March 12. This was a few days after Marcia’s disappearance. He was indicted, convicted a year later, and given a life sentence.

Two jail house inmates, Andrew Napper and Sheldon Anter, snitched on Barrett. They testified that Barrett confessed to them that he had killed Marcia Trimble. According to Anter, Barrett made at least four separate confessions in a Davidson County jail: on the roof, in a recreation room watching TV, in the jail cells and also in the shower.

In December, 2007 the news reported, “Advances in DNA testing enabled a match between crime-scene evidence and Jerome Sydney Barrett, a 60-year-old Memphis man with a criminal record of sexual assaults on both grown women and children.”

After seven hours of deliberation, the jury returned a verdict finding Jerome Barrett guilty on two counts of second-degree murder in the death of Marcia Trimble in 1975. They recommended that the now 62 year old Barrett receive a sentence of 44 years in prison on each count. At that time Barrett was already serving a life sentence for the rape and murder of a Vanderbilt University student. He killed several known victims and might have become a more prolific serial killer if he had not been apprehended for the murder of the Vanderbilt co-ed in 1975.

After 34 years, justice was finally served. Marcia’s mother, Virginia Trimble-Ritter heard the verdict in court and commented that she had never given up hope that the police would find the murderer during her life time.